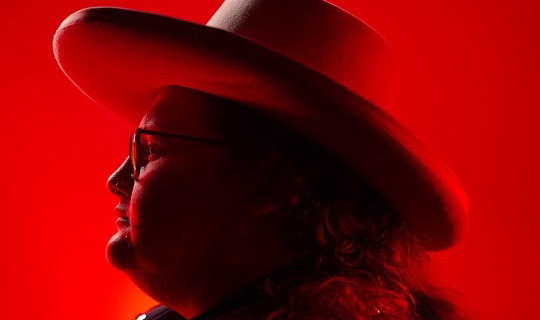 2022 continues to be a year of firsts for rising country singer and songwriter Joshua Ray Walker. After making his late-night TV debut on The Tonight Show earlier this month, Walker has added a new career milestone. He will make his Grand Ole Opry debut on April 15th.
Walker took to social media to announce his Opry debut, saying “It’s an honor and a dream come true to be playing the Grand Ole Opry on April 15. Some of my earliest memories of listening and playing music revolve around live records from the Opry that were part of my grandpa’s vinyl collection. That four-year-old kid trying to pick out ‘Lovesick Blues’ on a tenor banjo in the garage would be beaming today.”
Walker released his third album See You Next Time last year on State Fair Records. The album ended the year in the top 20 on the Americana radio charts.
On See You Next Time, the Dallas, TX native shares an imagined yet truthful portrait of a brokedown honky-tonk and the misfits who call it home: barflies and wannabe cowboys, bleary-eyed dreamers and hopelessly lost souls. His third full-length in three years, the album marks the final installment in a trilogy that originated with Walker’s 2019 debut Wish You Were Here and continued with 2020’s Glad You Made It.
Walker is currently on tour in support of See You Next Time, and you can catch him at the historic Ryman Auditorium in Nashville, TN on April 14th, opening for Wheeler Walker Jr.

Music editor for Nashville.com. Jerry Holthouse is a content writer, songwriter and a graphic designer. He owns and runs Holthouse Creative, a full service creative agency. He is an avid outdoorsman and a lover of everything music. You can contact him at JerryHolthouse@Nashville.com
Previous Sara Evans Partners With BOXT For A Good Cause
Next Lauren Alaina’s Dream Comes True