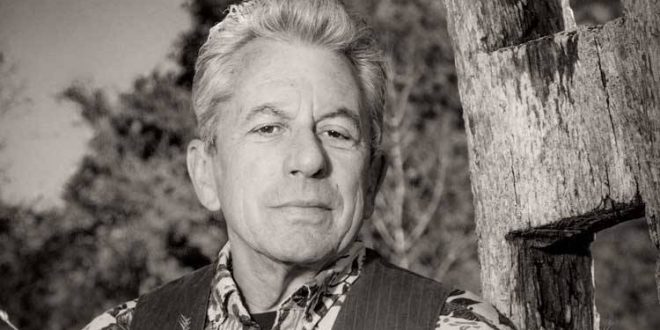 Texas Music Legend Joe Ely will release a new album, Love in the Midst of Mayhem, on Friday, April 17. Love in the Midst of Mayhem features 10 recordings finished during the COVID-19 pandemic of 2020.
“When everything shut down, there were times for me that were absolutely maddening,” Ely said. “I was sleeping more than I should. Finally, my wife, Sharon, and I decided we should focus our energy on what we do best.”
Ely turned his attention to writing and recording. Love in the Midst of Mayhem is a collection that reflects his mindset over the past couple of months. “We had so much time on our hands with everything shut down,” he said. “Initially, I was only going to release a couple of songs, but more songs kept coming together that fit where we are in the world right now.”

“It’s put together straight from the emergency we have right now,” says longtime Ely friend and acclaimed artist Terry Allen. “Every song is about love, for love, to love and with love… love when we need it most. Love in the Midst of Mayhem is not just a joy to listen to, it’s a necessity.”

The release of Love in the Midst of Mayhem is a bit unconventional in the world of record releases. “These are different times,” Ely adds. “I wanted these songs to be heard now rather than in six months.”
Joining Ely on the album are guitarists Mitch Watkins, Rob Gjersoe, Bradley Kopp, bassists Roscoe Beck, Glen Fukunaga, Gary Herman, Jimmy Pettit, drummers Davis McLarty, Pat Manske, Steve Meador, keyboardists Joel Guzman (also on accordion), the late Reese Wynans and the late Bill Ginn.

“There are a lot of wonderful songs on Love in the Midst of Mayhem,” said actress and writer Jo Harvey Allen. “I especially love ‘You Can Rely On Me’ – so sweet a song. As always we can rely on Joe and in this time of Pandemic appreciate his music even more.”

From the moment he made his debut in the 1970s, Joe Ely has blended rock-and-roll sensibilities to hardcore honky tonk and become one of the most recognizable and respected artists to hail from the Lonestar state.
Growing up on the vast and empty plains of West Texas, his legend was forged onstage with relentlessly riveting live performances, hammered out over thousands of shows and countless touring miles from Lubbock to London and back again the long way around.

He has been embraced as a kindred spirit by artists as diverse as Bruce Springsteen, Tom Petty, Linda Ronstadt and The Clash. Over his four-decade career, the multi-award-winning Ely has been at the forefront of Outlaw Country, Alt-Country, Texas Country and Americana, and recognized as one of the best songwriters of his generation.

Music editor for Nashville.com. Jerry Holthouse is a content writer, songwriter and a graphic designer. He owns and runs Holthouse Creative, a full service creative agency. He is an avid outdoorsman and a lover of everything music. You can contact him at JerryHolthouse@Nashville.com
Previous Wood Brothers Launch GoFundMe Campaign For Middle Tennessee Tornado Victims
Next Kid Rock And Steve Smith Announce They Will Match All Tips Made To The Honky Tonk School For 72 Hours