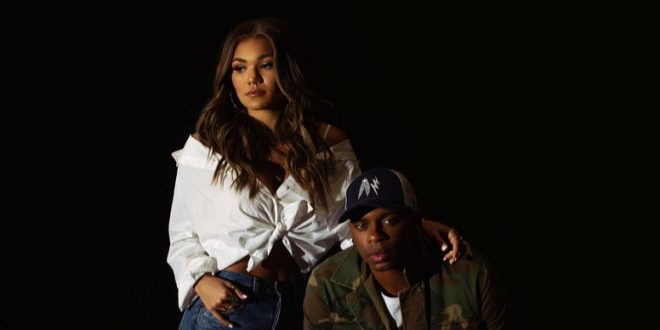 On the heels of the release of his second single “Make Me Want To,” now in its fourth week at Country radio, and a first-time nomination this week for New Male Artist of the Year at the upcoming ACM Awards, country music breakout Jimmie Allen and fellow country newcomer Abby Anderson have released their own cover of the hit song “Shallow.” The GRAMMY and Golden Globe winning smash performed by Lady Gaga and Bradley Cooper in the critically acclaimed and Oscar nominated film “A Star is Born” is up for “Best Original Song” at the 91stAcademy Awards ceremony airing this Sunday, February 24.

The accompanying video shows a split screen of Allen and Anderson going about their daily lives before uniting in the studio to deliver the passionately soulful chorus together in perfect harmony. Watch the video here.

“‘A Star is Born’ was one of my favorites from last year, and the performance of this song in the film really moved me as an artist,” shares Allen. “I had chills! Getting to cover ‘Shallow’ with my good friend Abby was such a cool experience. She’s an incredible vocalist, and I’m excited for fans to hear our take on the song.”

“I think I speak for everyone when I say that I bawled like a baby during ‘A Star Is Born.’ The song ‘Shallow’ immediately stood out to me,” says Anderson. “When Jimmie called and asked if I would sing on this song with him, I was honored. I mean I’m no Lady Gaga, but working on this with Jimmie, who pours his whole heart into a song vocally, was an absolute joy.”

Allen burst onto the country music scene with his breakout three-week No. 1 debut single, “Best Shot,” and enabled the Delaware native to etch his name in history as the first black artist to launch their career with a No. 1 at Country radio.

Music editor for Nashville.com. Jerry Holthouse is a content writer, songwriter and a graphic designer. He owns and runs Holthouse Creative, a full service creative agency. He is an avid outdoorsman and a lover of everything music. You can contact him at JerryHolthouse@Nashville.com
Previous Listen: Justin Townes Earle Returns With “The Saint of Lost Causes”
Next Road Trip! More Artists Announced For Romp