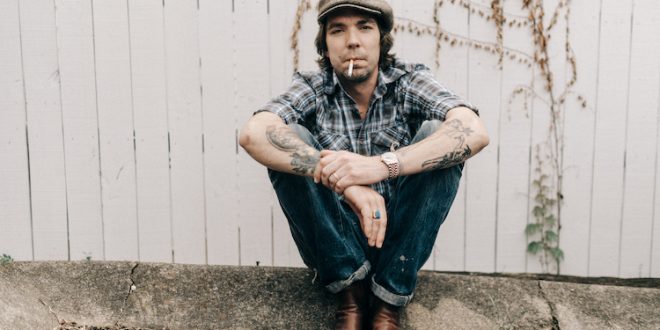 Justin Townes Earle is set to return with The Saint of Lost Causes on May 24th, 2019. The 12-song set was co-produced by Earle and his longtime engineer Adam Bednarik and was recorded at Sound Emporium in Nashville, TN. Founded by Cowboy Jack Clement in 1969, Sound Emporium has hosted country luminaries such as Johnny Cash and Kenny Rogers as well as R.E.M., and countless other historic artists. The Saint of Lost Causes is Earle’s follow up to his critically acclaimed 2017 album Kids In The Street, and spans everything from traditional country, blues and folk to western swing, roots-rock and boogie-woogie.

Justin Townes Earle has done a lot of living in 37 years. Born in Nashville on January 4th, 1982, he grew up as the son of country-rock iconoclast Steve Earle, who gave him his middle name in honor of his mentor, the brilliant songwriter Townes Van Zandt. For years he struggled with addiction with numerous stints in rehab; long stretches of itinerancy and general juvenile delinquency; a youth he once said he was “lucky to have gotten out of alive.” These days Earle is focused as a married father to a baby girl and is creating the best art of his career. While he describes Kids In The Street as “one of the more personal records I’ve ever made,” he chose to focus his gaze outward for this new set of songs.

For The Saint of Lost Causes, Earle is focused on a different America – the disenfranchised and the downtrodden, the oppressed and the oppressors, the hopeful and the hopeless, as well as their geography. There’s the drugstore-cowboy-turned-cop-killer praying for forgiveness (“Appalachian Nightmare”) and the Michiganders persevering through economic and industrial devastation (“Flint City Shake It”); the stuck mother dreaming of a better life on the right side of the California tracks (“Over Alameda”) and the Cuban man in New York City weighed down by a world of regret (“Ahi Esta Mi Nina”); the “used up” soul desperate to get to New Orleans (“Ain’t Got No Money”) and the “sons of bitches” in West Virginia poisoning the land and sea (“Don’t Drink The Water”).

These are individuals and communities in every corner of the country, struggling through the ordinary – and sometimes extraordinary – circumstances of everyday life. “I was trying to look through the eyes of America,” Earle says. “Because I believe in the idea of America – that everybody’s welcome here and has a right to be here.” Earle tells these American stories in detail and without judgement. While some songs cite historic events, other tracks present fictionalized narratives that are no less harrowing or true-to-life.

Music editor for Nashville.com. Jerry Holthouse is a content writer, songwriter and a graphic designer. He owns and runs Holthouse Creative, a full service creative agency. He is an avid outdoorsman and a lover of everything music. You can contact him at JerryHolthouse@Nashville.com
Previous Brooks & Dunn To Drop Star-Packed “Reboot”
Next Jimmie Allen And Abby Anderson Release Sultry Version Of “Shallow”