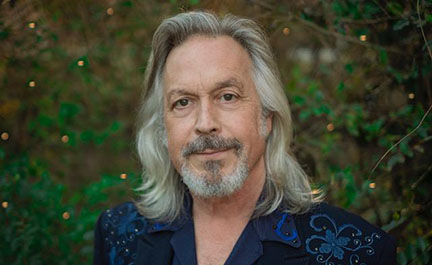 It’s a constant challenge to try to keep making better and better records, write better and better songs. I still always feel like I’m a developing artist,” says veteran songwriter and Americana renaissance man, Jim Lauderdale. This may be a surprising sentiment from a man who’s won two Grammys, released 34 full-length albums, and taken home the Americana Music Association’s coveted Wagonmaster Award. But his brand new album Game Changer is convincing evidence that the North Carolina native is only continuing to hone his craft.

From rollicking guitar riffs on “That Kind of Life (That Kind of Day)” to the slow, sweet harmonies of “I’ll Keep My Heart Open For You,” Game Changer shows off Lauderdale’s ingenuity as a singer, songwriter, and producer—while re-establishing him as one of Americana’s most steadfast champions. “Country music is constantly evolving, but I’ll always have a soft spot in my heart for steel guitar and a Telecaster,” he says. “I have done my job on this record if people who love classic country feel like they can put it on, or have it in their collection, and it would fit right in.”

This week, Jim will have his official album release show at Nashville’s famed 3rd and Lindsley presented by WMOT on August 31st.

Music editor for Nashville.com. Jerry Holthouse is a content writer, songwriter and a graphic designer. He owns and runs Holthouse Creative, a full service creative agency. He is an avid outdoorsman and a lover of everything music. You can contact him at JerryHolthouse@Nashville.com
Previous LISTEN: Flatland Cavalry’s “Mountain Song”
Next Adam Hood To Make His Grand Ole Opry Debut October 22