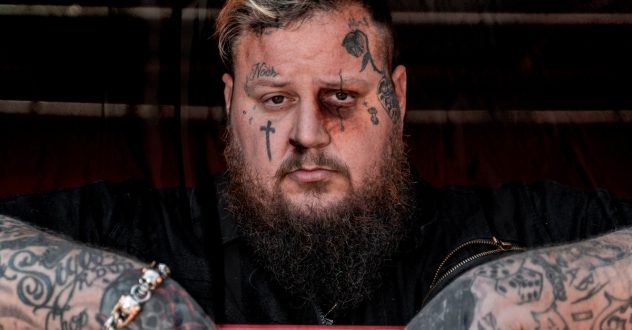 Jelly Roll, whose underground genre-bending latest single “Son of a Sinner” (watch above) impacted Country radio today at No. 32 on Billboard Country Music Chart and No. 40 on Media Base. Totaling 76 first week stations, the song is this week’s Most Added. The single has already racked up 25 million on-demand streams in addition to debuting No. 38 on Billboard’s Country Music Chart earlier this month.

The Nashville native singer/songwriter’s vulnerable tune is part of Jelly Roll’s latest musical journey finding truth and understanding through his work with his upcoming new music.

The multi-genre talent’s “Dead Man Walking” single is currently No. 4 on Billboard’s Mainstream Rock Chart and has over 10 million streams and counting.

“Son of a Sinner” written by Jelly Roll, Ernest Keith Smith and David Ray Stevens was part of Jelly Roll’s successful 2021 Ballads Of the Broken which became a therapeutic outlet fans have come to know from Jelly, who has himself struggled with past addiction. It followed the success of his hit song “Save Me,” which ushered a new wave of musical growth for the artist. “Save Me” is now certified Gold, with the video garnering more than 65 million YouTube views and remains his biggest song to date. To date, Jelly has more than a billion collective streams and counting and over one billion streams on YouTube alone. Jelly Roll’s My Opry Debut video from his inaugural performance at the Grand Ole Opry, featuring “Son of a Sinner” will air Saturday, April 23 at 10:30/9:30c pm on Circle All Access.

Hailing from the Antioch neighborhood of Nashville, Jelly Roll’s unique talent has been flying under the radar, building a rabid legion of fans with his raw, rough-edge lyrics and “man of the people” charisma. Averaging more than 200 shows a year and having released more than two dozen albums, Jelly Roll shares his hard truths and struggles directly and intimately with his dedicated fans, who hang on his every word, leading to millions of views with each video he posts.

Music editor for Nashville.com. Jerry Holthouse is a content writer, songwriter and a graphic designer. He owns and runs Holthouse Creative, a full service creative agency. He is an avid outdoorsman and a lover of everything music. You can contact him at JerryHolthouse@Nashville.com
Previous Charles J. & The Conquistadors Team Up With The Bellamy Brothers
Next Dustin Lynch Makes Billboard History