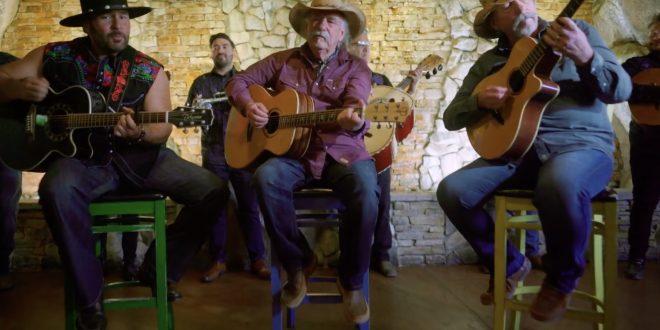 Charles J. & The Conquistadors Team Up With The Bellamy Brothers

Born and raised in Southern California to a Hispanic mother and an Irish/Native American Indian father from Baltimore, Charles J, who is bi-lingual in Spanish, has had the fortunate ability to live in other countries and different parts of the U.S. such as Mexico, Ireland, Sweden, Miami, Baltimore and 16 years in Nashville.

One year after moving to Nashville, he was asked to go to Ireland and teach country music line dancing.  After 1 year of touring all of Ireland, Sweden and Norway, co-hosting a TV show, and teaching literally several million people how to “country line dance”, he decided to leave Europe and head back to Nashville to pursue music. Only 6 months later, he was offered an 8 album record deal with major label Rising Tide/ Universal records as their “flagship” artist..

Charles J, along with his Conquistadors have teamed up with The Bellamy Brothers and released a new single “Like She’s Not Yours.” (Watch above)  The song is musically infused with a combo of authentic Latin rhythm instruments along with mariachi-style trumpets and a steel guitar and the beautiful harmonies of The Bellamy Brothers. Working with The Bellamy’s was a dream come true for Charles J. “The Bellamy’s have been literally in my top 5 favorite artists of All-Time since I was about 11 years old.”

Also look for Charles J. on the nationally syndicated Latin-Country music radio show, Country Fiesta which he hosts and produces.

Music editor for Nashville.com. Jerry Holthouse is a content writer, songwriter and a graphic designer. He owns and runs Holthouse Creative, a full service creative agency. He is an avid outdoorsman and a lover of everything music. You can contact him at JerryHolthouse@Nashville.com
Previous Garth Brooks Creates Opry Celebration To Open Nissan Stadium Concert
Next Jelly Roll Is On A Roll With Most Added “Son of a Sinner”