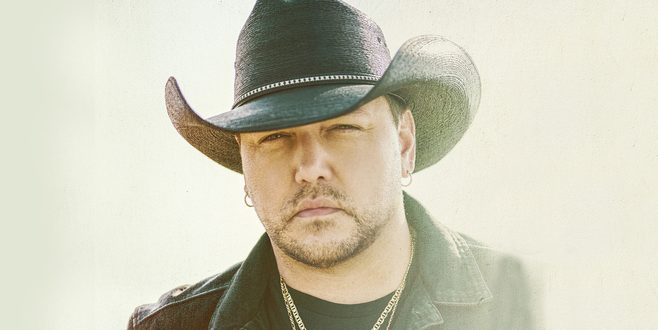 Jason Aldean Celebrates Three Weeks On Top Of The Charts

Jason Aldean celebrates three weeks at the top of the Mediabase/Country Aircheck Singles chart and Billboard’s Country Airplay chart with his 27th career No. 1 as “Trouble With A Heartbreak.” It is the first song since Taylor Swift’s “Mean,” over a decade ago, to re-enter the top position on the Mediabase/Country Aircheck Singles chart. Aldean now has back-to-back multi-week chart toppers from his 10th studio album MACON, GEORGIA (Macon Music/Broken Bow Records). The track follows the multi-week Platinum No. One “If I Didn’t Love You” featuring Carrie Underwood, which earned ACM “Single of the Year” and iHeart “Country Song of the Year,” along with a GRAMMY nomination. MACON, GEORGIA is available in its entirety at all digital retailers here.

“It’s a really big deal to me to have a three-week No. 1, especially after all these years doing what we do,” Aldean said. “The support of Country radio and the fans makes me that much more ready to see all of you back out on the road.”

The three-time ACM “Entertainer of the Year” is gearing up for his ROCK N’ ROLL COWBOY TOUR, as the 34-city trek will launch July 15th in Scranton, PA, with special guests Gabby Barrett, John Morgan and Dee Jay Silver. It was recently announced that Aldean will be joined by Tracy Lawrence, Travis Tritt and Chase Rice this fall for select dates.

Music editor for Nashville.com. Jerry Holthouse is a content writer, songwriter and a graphic designer. He owns and runs Holthouse Creative, a full service creative agency. He is an avid outdoorsman and a lover of everything music. You can contact him at JerryHolthouse@Nashville.com
Previous Toby Keith Battling Stomach Cancer
Next Big Kenny And Kyle Petty Return To Circle Network