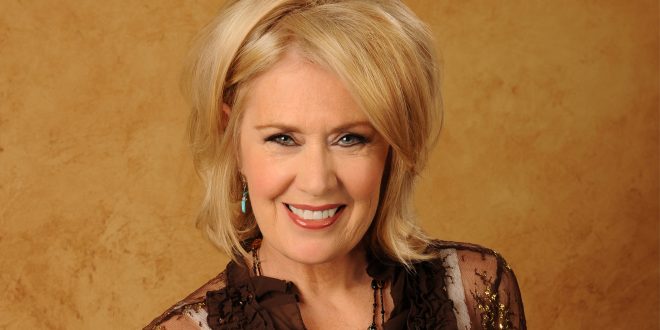 Two-time CMA and ACM Female Vocalist of the Year Janie Fricke announces the release of ‘It Ain’t Easy: The Complete Hits’ through Real Gone Music on August 9. This 41-track, 2 CD compilation includes many of her 18 number one hits including “What’re You Doing Tonight,” “It Ain’t Easy Being Easy,” “He’s A Heartache (Looking For A Place To Happen),” “Tell Me A Lie” and more. All forty-one songs released on ‘It Ain’t Easy: The Complete Hits’ will be available at Amazon.com. Also included are popular duets with Johnny Duncan, Merle Haggard, Charlie Rich, George Jones and Larry Gatlin.

“It is with thankfulness and sheer pride to see this project appear at a time in my life when I least expected such a special gift,” says Janie Fricke. “The team who researched my recordings worked many hours to come up with choice songs from my recorded repertoire. As I look back to those years of hours spent in the studio with the best producers, musicians and engineers, I never dreamed that it would become a pretty package all wrapped up, presented to me and the world in 2019.”

Raised on a farm in Indiana, Janie Fricke began singing in church, and later turned that talent into a career which began as one of the marketing industry’s most successful jingle singers. Long before her success as a country artist, millions of people became familiar with Fricke’s voice through ads for United Airlines, Coca-Cola, 7-Up, McDonald’s and Red Lobster. She soon became a session singer where she was singing background in the studio with some of the biggest country stars of the late 70’s and early 80’s, including Loretta Lynn, Eddie Rabbitt, Crystal Gayle, Ronnie Milsap, Barbara Mandrell, and Mel Tillis.

After a string of duets with such greats as Merle Haggard and Moe Bandy, Fricke landed a solo recording contract in the early 80’s and scored several hit singles, including “Don’t Worry ‘Bout Me Baby,” “He’s a Heartache” and “You’re Heart’s Not In It.” She won CMA’s coveted “Female Vocalist of the Year” in 1983 and ’84 and has been nominated for three Grammy Awards. She has been credited with over 1,600 album projects and scored 36 hit singles.

Music editor for Nashville.com. Jerry Holthouse is a content writer, songwriter and a graphic designer. He owns and runs Holthouse Creative, a full service creative agency. He is an avid outdoorsman and a lover of everything music. You can contact him at JerryHolthouse@Nashville.com
Previous Drew And Ellie Holcomb Announce Christmas Shows
Next Morgan Wallen Celebrates #1 Song, “Whiskey Glasses”