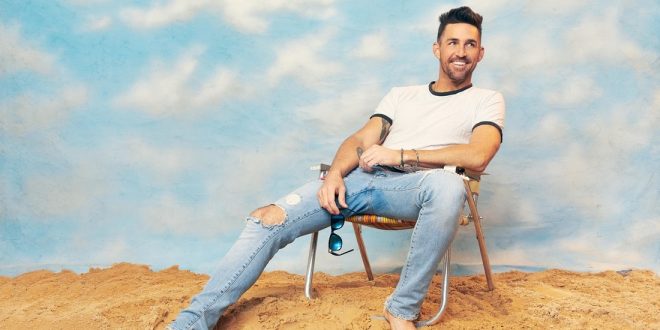 “Homemade” was co-written by Bobby Pinson, Drew Parker, Jared Mullins and Ben Goldsmith, and is the third single released from Owen’s album GREETINGS FROM…JAKE (Big Loud Records). “Homemade” follows Gold-certified, #1 hit “I Was Jack (You Were Diane)” and Platinum-certified, ACM-nominated Top 5 “Down to the Honkytonk,” and marks Owen’s second No. 1 single since signing with Big Loud Records.

“There is so much going on in the world right now, and I don’t take any of this for granted,” Owen shared with Billboard. “‘Homemade’ has such a new level of meaning to me. I think we all can relate right now to taking the time to focus on the people and small, daily moments that really matter; the ones that make your home, at the core, the most important thing in life. I know a lot of my team and fans are celebrating this moment from home with me right now, and I’d like to thank Big Loud Records and the rest of the people that work so hard every day to get my music out.”

“We are beyond elated to celebrate Jake’s eighth #1 record, and second at Big Loud, with him,” says Stacy Blythe, VP of Promotion. “Big Loud had early belief that ‘Homemade’ would be a chart topper for Jake and that, paired with the incredibly personal story in the video of Jake’s grandparents’ journey, makes this a special one.”

Owen recently wrapped his first-ever headlining, acoustic “Down To The Tiki Tonk Tour” with nearly all tour stops sold-out.

Music editor for Nashville.com. Jerry Holthouse is a content writer, songwriter and a graphic designer. He owns and runs Holthouse Creative, a full service creative agency. He is an avid outdoorsman and a lover of everything music. You can contact him at JerryHolthouse@Nashville.com
Previous Nashville Repertory Theatre Announces 2020/2021 Productions In Virtual Season Reveal
Next WATCH: Larry Fleet’s “Mix ‘Em With Whiskey”