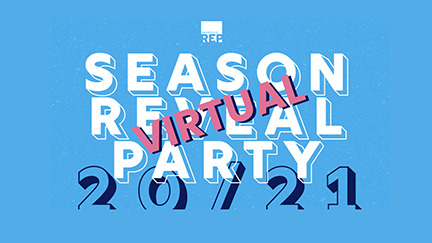 Nashville Repertory Theatre announced their 2020/2021 Season this week with video performances as part of a Virtual Season Reveal Party. The theatre’s original plan to announce their 36th season at a large public party on March 16 was altered by recommendations to limit public gatherings. From March 18-23, the Rep announced their entire season in a series of videos, featuring three musicals, a classic play, and the introduction of their new Contemporary American Voices series of plays.

The season will open in September with Next To Normal, a rock musical with a powerful score that pulls back the curtain on what appears to be a “perfect loving family.” September 12-27,
2020 in TPAC’s Johnson Theater.

The second production of the season is August Wilson’s Fences, a Tony Award and Pulitzer Prize winning drama that explores dreams deferred and an African American man’s struggle to support his family during the Civil Rights Movement. October 17-November 1, 2020 in TPAC’s Johnson Theater.

Throughout the holiday season, a Christmas favorite comes alive in Elf the musical. Based on the Will Ferrell film of the same name, Elf teaches audiences of all ages, “the best way to spread Christmas cheer is singing loud for all to hear.” November 28-December 27, 2020 in TPAC’s Johnson Theater.

Plays by two contemporary American playwrights take the stage in repertory in February. School Girls; Or, The African Mean Girls Play by Jocelyn Bioh and Primary User by Nate Eppler will play on the same set with alternating performances. February 6-21, 2021 in TPAC’s Johnson Theater.

Primary User, a millennial ghost story and an examination of disconnection and grief in the age of loneliness, had its premier reading at the 2017 Ingram New Works Festival. Nate Eppler is Nashville Repertory Theatre’s Playwright-in-Residence and the director of their Ingram New Works Project.

The season will close with Ragtime, an epic musical tapestry in which three families’ stories intertwine in restless New York as they pursue their versions of the American Dream at the turn of the 20th century. March 27-April 4, 2021 in TPAC’s Polk Theater.

Music editor for Nashville.com. Jerry Holthouse is a content writer, songwriter and a graphic designer. He owns and runs Holthouse Creative, a full service creative agency. He is an avid outdoorsman and a lover of everything music. You can contact him at JerryHolthouse@Nashville.com
Previous ACM Awards Announce New Date
Next Jake Owen Tops The Charts