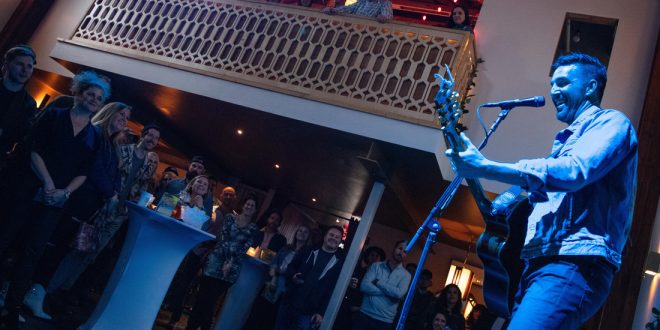 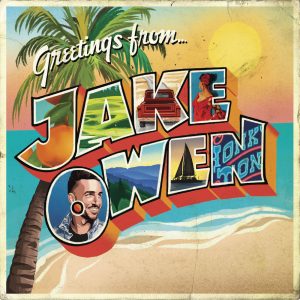 Jake Owen revealed the track listing to his fourth studio album, GREETINGS FROM…JAKE, directly to his fans via Instagram. Releasing March 29, GREETINGS FROM…JAKE features the #1 smash “I Was Jack (You Were Diane)” and current Top 10-and-climbing single “Down To The Honkytonk,” which garnered a nomination for Single of the Year at the upcoming 54th Annual Academy Of Country Music Awards.

Teaming back up with award-winning producer Joey Moi, GREETINGS FROM…JAKE marks Owen’s first major record release since signing with Big Loud. Moi was at the helm of some of Owen’s biggest hits to date, including “Barefoot Blue Jean Night,” “Alone with You” and “Beachin’.” Building off their early success, Owen’s first single for Big Loud Records — the nod to John Mellencamp “I Was Jack (You Were Diane)” — earned him his seventh career #1.

Last night, Owen shared a preview of select tracks from the album with the Nashville music community, friends and family. The wall-to-wall crowd at local hotspot Flamingo Cocktail Club was treated to custom specialty drinks inspired by the song titles featured on GREETINGS FROM…JAKE.

Music editor for Nashville.com. Jerry Holthouse is a content writer, songwriter and a graphic designer. He owns and runs Holthouse Creative, a full service creative agency. He is an avid outdoorsman and a lover of everything music. You can contact him at JerryHolthouse@Nashville.com
Previous Trisha Yearwood Celebrates 20th Opry anniversary
Next Grace Clark Set To Release Debut EP