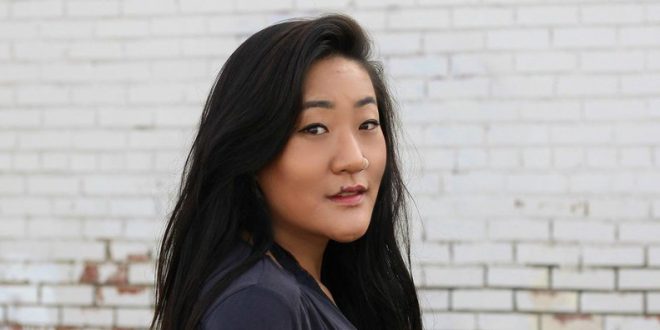 Americana singer-songwriter Grace Clark will release her debut EP on April 5, 2019 . Recorded in Brooklyn, New York at Clevidence Studios and produced by Mike Robinson , the album creates a moving personal statement both lyrically and musically. The five tracks that comprise the EP showcase Clark’s wide array of musical influences, while showcasing her raw and relatable lyrics and pitch-perfect vocals. Featured musicians on the release include Mike Robinson , Alex Hargreaves , John Fatum, Joe D’Esposito , Dave Speranza and Alec Spiegelman .
The album builds on a variety of themes, from the unanswered questions at the end of a relationship, to the tragedy and heartbreak of losing someone close to your heart. Clark’s delivery is warm and bright, like a close friend, evoking a feeling of deep connection to the songs and the listener.
“The five songs on this EP are my outlet and my therapy,” says Clark. “All of these tunes are about experiencing heartbreak in some way or another. I found writing these songs to be the only way I could release that ache and fully let go.”
As far back as she can remember, Clark has loved to sing. Her very first performances were given in her family’s kitchen, accompanied by various pots, pans, and baking utensils. At the age of 16, Clark moved away from home to attend the prestigious arts boarding school, Interlochen Arts Academy where she studied vocal performance under Jeffrey Norris. While at Interlochen, Clark was exposed to musicians, painters, writers and filmmakers. It was these brilliant artists that fueled her passion for the arts and fostered her appreciation for collaboration.
She then continued on to pursue a Bachelor’s Degree of music through the Lamont School of Music at the University of Denver, where she studied opera under Cathy Kasch. During her time in college, Clark participated in the operas and musicals as well as groups such as The Ghanaian Drumming Ensemble an Indian Kathak Dance Ensemble. Her desire to learn more about different styles of music paved the way for her discovery of the bluegrass and acoustic music scene in Colorado. Clark describes attending her first bluegrass show as “absolute magic.” While she had always loved performing classical music, she remembers rushing back to her apartment after that first show, opening up her journal, and writing “this music feels like home.”
Her deeply expressive vocals and commanding stage presence have the ability to not only captivate her audience, but to transport them. She notes, “I have my classical training and technique to thank for where I am today. No matter what genre of music we go into, if we know how to properly use the voice, we can succeed.”
While Clark is a self-proclaimed beginning songwriter, her melodies are hauntingly beautiful and her lyrics have the unique power of leaving her listeners feeling like they were a part of the song itself. Some of her musical songwriter heros include Gillian Welch, Gregory Alan Isakov, and Bob Dylan.
Throughout the past year, Clark has performed extensively with Rockygrass Band 2017 Competition winners Meadow Mountain , and has opened for groups like The Del McCoury Band, The Lil’ Smokies, Bridget Law (of Elephant Revival) , and songstress Nicki Bluhm . Performing at renowned venues like the Bluebird, Fox Theater, BellyUp Aspen, and the Wildflower Pavilion at Planet Bluegrass, Grace has flexed her vocals in a myriad of genres including Bluegrass, Country, Americana, and more.

Music editor for Nashville.com. Jerry Holthouse is a content writer, songwriter and a graphic designer. He owns and runs Holthouse Creative, a full service creative agency. He is an avid outdoorsman and a lover of everything music. You can contact him at JerryHolthouse@Nashville.com
Previous Jake Owen Reveals Track Listing From New Album Directly To Fans
Next Bonnaroo Organizers Announce “Ready to Roo” Tour