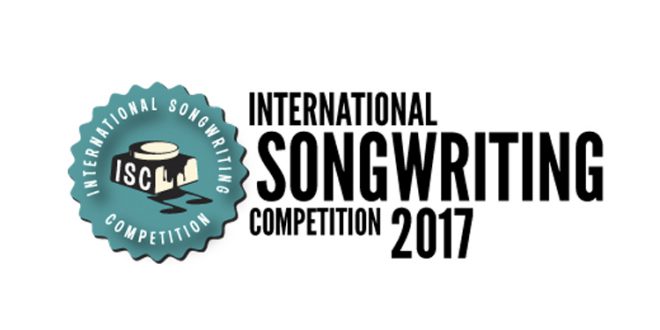 The International Songwriting Competition has announced its 2017 winners. The Grand Prize winners this year are Nicholas Miller (better known as Illenium), Annika Wells, Kate Morgan, and Michael Biancaniello for the song “Crawl Outta Love Ft. Annika Wells.” Illenium (along with co-writers Keeley Bumford, Henri Lanz, and William Rappaport) is also the First Place winner in the Electronic Dance Music (EDM) category for his song “Fractures Ft. Nevve.” The Grand Prize consists of $25,000 in cash (USD) and over $35,000 in additional prizes.
The winning song “Crawl Outta Love” was released on Illenium’s sophomore album Awake via his own label Kasaya Recordings in tandem with Seeking Blue Records. The song is described as a deep, earth-shattering ballad with piano melodies and future bass breakdowns. It is relatable because lyrically and melodically it conveys the pain and desperation of a relationship breaking apart and the difficulty of walking away.
In just a few short years, Illenium has quickly propelled himself to the forefront of the EDM scene, becoming one of the dance community’s most beloved artists. Known for writing songs that display beauty, complexity, and emotional depth, Illenium’s impeccable sound design has established him as one of the best producers in the game. He is the 2017 winner of an Electronic Music Award, and 2017 also saw him exceed one billion streams. In addition to selling out venues and getting rave reviews on his headlining tours, Illenium has also performed at major festivals including Lollapalooza, Bonnaroo, EDC, Decadence, Electric Forest, and Paradiso among others. He is currently playing Coachella for the first time.
“I am so honored to win the International Songwriting Competition,” says Illenium. “All the writers and I really fell in love with this song, and we’re happy that everyone loved it just as much!”
In addition to Illenium, the other songwriters include: Annika Wells, a young and talented singer and songwriter who is the featured vocalist on the winning song (her debut single “Break” has racked up over 9 million listens on Spotify); Kate Morgan a singer who has been co-writing songs in LA and last year released her own single “Soul In Your Pocket;” and Michael Biancaniello, an accomplished producer, songwriter, and guitarist who has worked on hit records for Kelly Clarkson, Jordin Sparks, 5 Seconds of Summer, and many more.
“This is the first time the Grand Prize has ever been given to an EDM song, so we are especially proud to recognize the genre by honoring such a great song by Illenium, one of EDM’s up-and-coming djs and producers,” says ISC Founder and Director, Candace Avery. “The judges were unanimous in their lavish praise of this song, so the selection of the Grand Prize winner was a no-brainer this year.”
ISC honors 71 winners total, with prizes awarded to First, Second, and Third Place in 23 categories, plus an overall Grand Prize winner and the Peoples’ Voice winner, selected by public vote. An additional 274 winners are recognized with an Honorable Mention. Prizes include more than $175,000 in cash and merchandise.
ISC winners hail from all over the world (61% of this year’s winners come from outside the USA) and range from talented amateurs to seasoned songwriting veterans. Categories include all genres of contemporary music, from rock to pop to jazz to r&b/hip-hop and more.
Other 2017 notable winners include: Amy Shark, Omar Sosa And Seckou Keita, Birds of Tokyo, Barns Courtney, Thea Gilmore, Dean Lewis, Bonfire Buffalo, Faouzia, Altered Five Blues Band, Vera Blue, Gawurra, Gustafer Yellowgold, Holograf, Missy Higgins, and many more.
Previous ISC winners include: Vance Joy, Bastille, Passenger, Kate Miller-Heidke, Lindsey Stirling, Gotye, The Band Perry, Kasey Chambers, Lupe Fiasco, Rachel Bloom, Gin Wigmore, Kimbra, Gregory Porter, Kehlani, For King & Country, and many more.

Music editor for Nashville.com. Jerry Holthouse is a content writer, songwriter and a graphic designer. He owns and runs Holthouse Creative, a full service creative agency. He is an avid outdoorsman and a lover of everything music. You can contact him at JerryHolthouse@Nashville.com
Previous Dustin Collins Signs With Average Joes Entertainment
Next Florida Georgia Line Celebrate 3 Billboard Music Awards Nominations