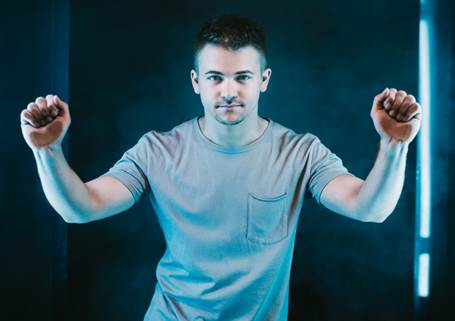 Hunter Hayes Teams Up With To Write Love On Her Arms

Just over one month ago,  five-time Grammy nominee Hunter Hayes released Dear God with its universally relatable lyrics that examine notions of anxiety and self-doubt. Last Monday he introduced a new level of depth into the song by teaming up withTo Write Love On Her Arms, a non-profit dedicated to presenting hope and finding help for people struggling with depression, addiction, self-injury and suicide.

The country music star launched a fundraiser via Facebook in honor of World Suicide Prevention Day (DONATE HERE), and within an hour he had raised more than $5,000 – nearly half of his overall goal – in support of the organization. He thanked fans with a special Facebook Live, where he discussed the meaning behind the song and entreated them for continued support of To Write Love On Her Arms and their Tomorrow Needs You campaign throughout National Suicide Prevention Week (WATCH HERE).

“One of the biggest things I wanted for ‘Dear God’ was for it to be part of something positive,” said Hayes. “It’s super easy to listen to voices that will tell you that you’re not good enough. But the thing that I wanted in ‘Dear God’ was to shine a light… For those of us who might experience darkness of some kind, it’s easy to think there isn’t a light. It’s easy to think that there’s no one around. I so desperately wanted [to say]: You are enough. You are good enough. You are smart enough, you are brave enough, you are loved and you are meant to be exactly who you are right now.”

About this week’s partnership he added, “The thing that To Write Love on Her Arms does is it reaches the people who might be unreachable. That’s why I feel like it’s so powerful and so important. I just really believe in the work that they’re doing.”

In addition to participating in the Tomorrow Needs You campaign video (WATCH HERE), Hayes followed up this afternoon with the reveal of his piano-only version of “Dear God” taped at the Ryman Auditorium (WATCH HERE). The one-take video strips the pop country instrumentation of the viral hit, which has already drawn more than six million streams on Spotify alone, to a pulled back reverence worthy of the mother church of country music.

Music editor for Nashville.com. Jerry Holthouse is a content writer, songwriter and a graphic designer. He owns and runs Holthouse Creative, a full service creative agency. He is an avid outdoorsman and a lover of everything music. You can contact him at JerryHolthouse@Nashville.com
Previous for KING & COUNTRY Tour Includes Ryman Stop
Next Alan Jackson Cancels Concerts In North and South Carolina Due To Florence