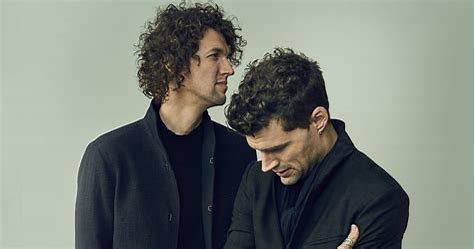 Grammy award-winning duo for KING & COUNTRY are bringing their live performance to 10 select cities this October for the Burn The Ships Album Release Tour in support of their upcoming record, Burn The Ships, due out October 5. Presented by AEG, the tour includes some of America’s most intimate venues including the Ryman Auditorium on Sunday, October 14 for 2 shows (4:00pm and 7:30pm) and will feature an opening set from Darren King (formerly of MUTEMATH) and Stacy Dupree of Eisley together as Sucré. Click HERE for TICKETS!

Nashville-based brothers Joel and Luke Smallbone explain, “After spending a year and a half writing and recording our new album, Burn The Ships, we asked ourselves, ‘What would be a special and unique way to present this music live for the very first time?’ What we came up with was something we’ve never done before – a 10 show tour of intimate nights in select theaters across the US with new songs, fresh stories, captivating set design, and the most important ingredient, you! We can’t wait to see everyone out there!”

for KING & COUNTRY, make a powerful statement with their third album, Burn The Ships (Word Entertainment/Curb Records), a sweeping musical landscape that explores themes of new beginnings, forgiveness, hope and love. The album’s lead single “joy.”—which features a 100-person choir and a hypnotic wave of rhythm and electronic sounds—has been streamed more than 12 million times. “joy” has already reached the No. 1 spot on radio in Canada, Australia and Mediabase CHR, and the music video for “joy.” has over 4.5 million views on YouTube; watch below.

for KING & COUNTRY recently unveiled the video for the album’s latest single “amen.” “amen” follows the powerful music video for “God Only Knows,” which continues the forthcoming album’s theme of finding comfort during times of hardship. “God Only Knows” is an emotive call to arms for those feeling down on themselves and explores what it means to start over when things seem out of control. The gorgeous visual, set during a nighttime walk in the rain, makes clear that there is always a helping hand at the ready for those who need it. Watch the video for “God Only Knows.”

Music editor for Nashville.com. Jerry Holthouse is a content writer, songwriter and a graphic designer. He owns and runs Holthouse Creative, a full service creative agency. He is an avid outdoorsman and a lover of everything music. You can contact him at JerryHolthouse@Nashville.com
Previous Carrie Underwood Releases Video For New Single “Love Wins”
Next Hunter Hayes Teams Up With To Write Love On Her Arms