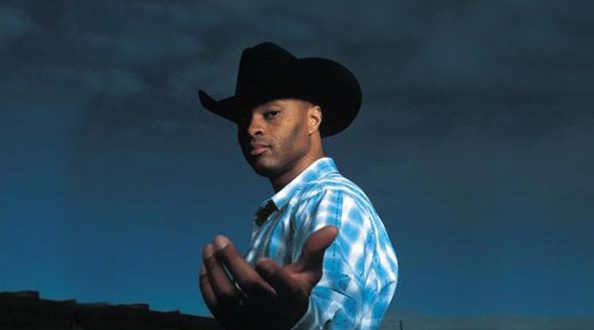 Nothing gets your toes tapping better than a song about food. You may have had your Cheeseburger in Paradise, with American Pie for dessert and washed it down with a Pina Colada, but the pork chop has been missing. Until now.

Recording artist Cowboy Troy, known by his given name as Troy Lee Coleman III, has introduced a new song simply titled Porkchop. Cowboy Troy is an American country rapper, Hick Hop innovator and songwriter who currently travels with country superstars Big & Rich. He has previously released six studio albums, landing twice on the Billboard country singles charts. However, moving into the celebration of all things pork is a new path for the 46-year old Texas native.

Cowboy Troy also has a love for cooking in his “Hick Hop” kitchen. He admits his favorite cut is, obviously, the ribeye pork chop, and he looks for pork chops with great marbling. Perhaps that is because no better word rhymes with “tender” than “render.” Troy often posts his food creations on Instagram with #HickHopKitchen.

“This song is really a gift to our industry,” said Terry O’Neel, National Pork Board president and a pig farmer from Friend, Nebraska. “It is fun and captures the love that so many Americans have for this beloved cut of meat.”

Also featuring the musical talents of Monro Brown, Porkchop was released earlier this year and is on Troy’s forthcoming spring 2018 album, Laugh With Me. When the National Pork Board learned of the new tune, it began discussing promotion options with Cowboy Troy, including through digital and social media, as part of October National Pork Month.

That is, as long as you have a little pork to go with it. To hear the song Porkchop, download it here.