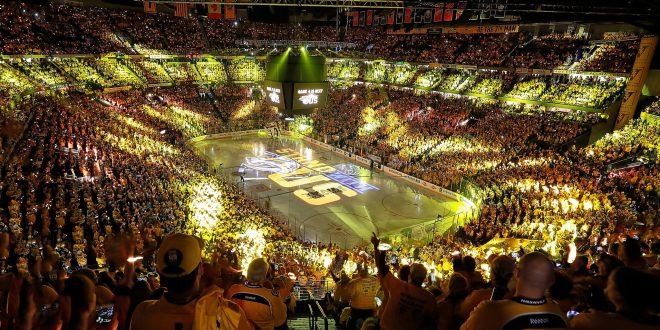 Bridgestone Arena, home of the National Hockey League’s Nashville Predators, ranks seventh in the United States and 19th in the world for concert ticket sales, according to Pollstar’s Third-Quarter Ticket Sales report released in October. Pollstar announced Bridgestone Arena ticket sales as 416,347 inclusive of solely show and concert tickets, from 37 events, 48 performances and 15 sold-out shows. When including the SEC Men’s Basketball Tournament and Nashville Predators home hockey games, Bridgestone Arena has hosted over 1 million people in the building year to date.

“It is a great honor to be ranked so highly by Pollstar,” Senior Vice Presidents of Booking David Kells said. “This recognition spotlights the pride and hard work that all of our staff bring every day. Thank you to all the music fans who’ve come out year after year to make events at Bridgestone Arena so successful and thank you to all the performers, managers, promoters and agents who bring high quality entertainment to downtown Nashville.”

Pollstar Magazine focuses primarily on the concert industry and also reports on news regarding sports and entertainment.

Bridgestone Arena underwent close to $6 million in renovations this summer, which included the completion of entirely new food and beverage areas, renovated concessions locations, over 20 new point of sale locations in the Upper Bowl and close to 80 charging ports with USB and Edison outlets.