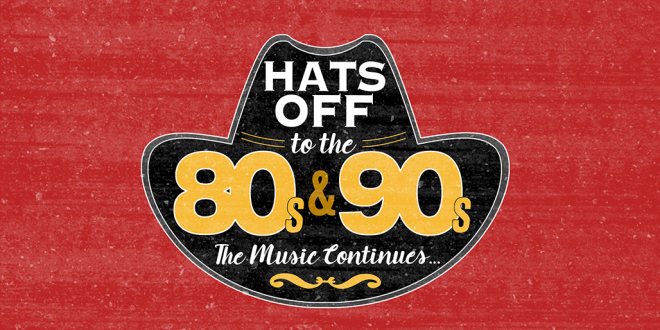 Hats Off To The 80s & 90s – Livestream On Nashville.com Facebook Page

During this time of uncertainty, the one thing that is certain is country music continues to bring families together one song at a time. As part of the Hats Off To The 80s & 90s Tour, T. Graham Brown, Bryan White and Wade Hayes are bringing together some of their closest friends from that era to join them for a special live streaming acoustic concert on Monday, March 23 from 4:00PM – 6:00PM CST. This event is to ensure that the music will continue during these tough times the world is facing.

Joining them live will be country music veterans David Frizzell, Tim Rushlow, Ronnie McDowell, Tim Atwood, and Lulu Roman. The party, presented by 615 Hideaway and hosted by Megan Alexander of Inside Edition, will be simultaneously streamed live not only on each of the artist’s Facebook pages, it can also be seen on RFD-TV, The Heartland Network, DoYouRemember?, CDX Nashville, and Nashville.com Facebook pages.

“Music is such a healing factor when anyone is down,” says T. Graham Brown. “With everything going on in the world, I am just going to keep singing! So, I called some of my buddies to come out and do a few songs, tell a few jokes and most importantly – stay at least six feet away from each other, because after all, safety first. We love the fans and since we can’t be with you person, this is the next best thing.

Music editor for Nashville.com. Jerry Holthouse is a content writer, songwriter and a graphic designer. He owns and runs Holthouse Creative, a full service creative agency. He is an avid outdoorsman and a lover of everything music. You can contact him at JerryHolthouse@Nashville.com
Previous WATCH: Jonathan Wilson’s “In Heaven Making Love”
Next LISTEN: Parker McKay’s Pity Party