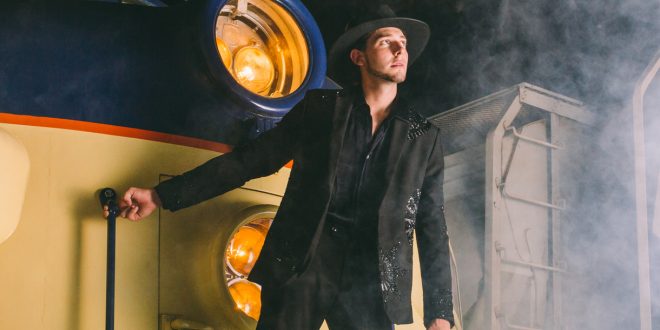 Country star Cam surprised singer/songwriter Sam Williams, son of Hank Williams Jr. and grandson of Hank Williams Sr. to make his Grand Ole Opry debut on October 9.
“The moment Cam asked me, I was too focused on our last night singing together and it almost didn’t even register in my brain. After singing ‘Jolene,’ I came off stage and balled like a baby. I pressed an emergency exit button side stage, frantically trying to FaceTime everyone I knew. This happening is truly historic and I am so excited.”
Williams recently released his latest single “Weatherman” (9/6) – a cover of his father’s 1981 hit. He recently returned to the U.S. after a successful run opening for Cam at all eight stops of her OH, THE PLACES WE’LL GO! European tour, which kicked off September 1 with a show at Belfast, Ireland’s Empire Music Hall and included performances in London, Sheffield, England, Manchester, U.K., Amsterdam, Netherlands, Paris, France and Hamburg, Germany.
Born in Nashville and raised on Highway 79 in Paris, TN, Williams cared more about sports than he did following in his father’s footsteps. Now 22, he’s found himself using poetry and songwriting as therapy to get out the things he needs to say, important to him that it’s straight from the heart. In 2016, he released his debut single “Darkwater” following up with “The Lost Grandchild’s Plea” in 2018, an ode to his grandparents he never knew, Hank and Audrey Williams. Williams has a global publishing and artist development deal with Get It Done Music Entertainment (Missi Gallimore / Gary Borman) & Kobalt. He’s collaborated with writers Lori McKenna, Shawn Camp, Dan Tyminski, Jim Lauderdale, Mary Gauthier and more, penning over 40 songs in the past year. He’s played a handful of shows across the country, some appearances opening for the likes of Corey Smith and Frank Foster. Looking ahead, he’s excited for what’s to come and for the own torch he’s sure to carry, not allowing anyone to put it out.

Music editor for Nashville.com. Jerry Holthouse is a content writer, songwriter and a graphic designer. He owns and runs Holthouse Creative, a full service creative agency. He is an avid outdoorsman and a lover of everything music. You can contact him at JerryHolthouse@Nashville.com
Previous Chuck Dauphin, Beloved Music Writer And Radio Host, Passes
Next Songwriters Hall Of Fame To Honor The Late Ralph Murphy