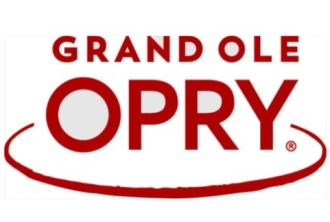 The show that made country music famous is scheduled to salute the U.S. Military with a return of the red carpet parade and special Salute the Troops Opry performance Tuesday, May 24. Among the artists scheduled to perform are Opry members Trace Adkins and Craig Morgan, a U.S. Army Ranger veteran, as well as The War and Treaty, the husband and wife duo of U.S. Army veteran Michael Trotter and Tanya Blount.

Dennis Joyner, a combat-disabled veteran of the Vietnam War and board president of the Disabled Veterans’ Life Memorial Foundation, will be the Opry’s special guest announcer. Joyner, a life member of DAV (Disabled American Veterans) since 1970 and U.S. Army veteran, became a triple amputee after a land mine exploded while he was on patrol in Vietnam’s Mekong Delta in 1969. He has served in various public office positions throughout the years in his native Pennsylvania and later in Florida. In 1983, President Reagan named Joyner the nation’s Handicapped American of the Year and he was honored as DAV’s National Outstanding Disabled Veteran of the Year.

This year’s Opry Salute the Troops will be filmed to air as a special Opry Live on Memorial Day weekend (Saturday, May 28) on the Opry’s television broadcast home, Circle Network, Circle All Access Facebook, Twitter and YouTube. The show will air live on WSM Radio and will also be heard on SiriusXM, Channel 59 Willie’s Roadhouse.

The Opry will invite men and women of the U.S. military and DAV members, as well as spouses, children, and parents of service members to walk the red carpet into the Opry House for the evening’s show, dedicated to saluting the troops and their families for their service to the nation.

The public is invited to cheer on the honored red carpet parade guests in advance of the evening’s show; 7 p.m.

Music editor for Nashville.com. Jerry Holthouse is a content writer, songwriter and a graphic designer. He owns and runs Holthouse Creative, a full service creative agency. He is an avid outdoorsman and a lover of everything music. You can contact him at JerryHolthouse@Nashville.com
Previous Nothing More Making A Stop At Marathon Music Works
Next Kelsey Waldon Debuts “Sweet Little Girl”