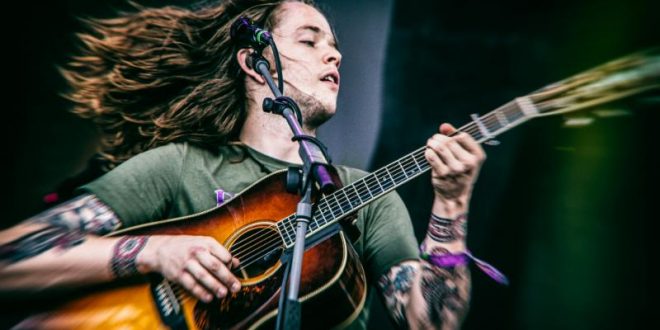 Billy Strings announced today that the band will perform a special 120-minute set, live from the historic Ryman Auditorium in Nashville on Sunday, October 25. Spotify presale will begin t oday, Oct 14 at 12:00 pm CT at the exclusive early bird price of $19.99. The general on-sale will begin Friday, Oct 16 HERE.

Billy Strings and his band were forced to halt touring in March, but have kept a healthy pace of announcements and activity coming all year long. Earlier this summer, Billy Strings took to five iconic Nashville-based venues and performed a total of nine shows for the highly successful inaugural “Streaming Strings Tour.” Leaving Nashville for a moment, Billy Strings hit the road for a multi-date drive-in tour dubbed “Meet Me At The Drive In,” which resulted in several sold-out performances across the country. Most recently, in celebration of the one-year anniversary of Strings’ latest record HOME , the band performed their first-ever headlining show at Red Rocks via livestream.

The release of HOME heralded a period of incredible growth for Billy Strings. Pollstar reported, “in 2020, Strings has doubled, tripled or even quadrupled his ticket counts in most markets.” The band earned four 2020 International Bluegrass Music Association Award nominations including Entertainer of the Year and Album of the Year, and the 2020 Americana Music Association’s Honors and Awards nominated the band for Emerging Act of the Year.

Music editor for Nashville.com. Jerry Holthouse is a content writer, songwriter and a graphic designer. He owns and runs Holthouse Creative, a full service creative agency. He is an avid outdoorsman and a lover of everything music. You can contact him at JerryHolthouse@Nashville.com
Previous George Ducas Set To Release “Old Timers”
Next Tommee Profitt Releases 15-years In The Making Christmas Album