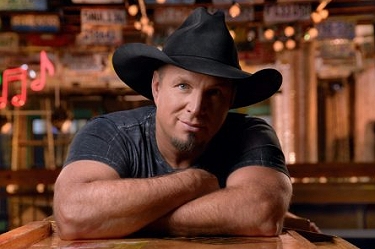 Garth Brooks has announced a partnership with Strategic Hospitality to open a new bar on Nashville’s Lower Broadway. The Entertainment concept venue will be located in a three-story, 40,000+ square foot property and an opening date has yet to be announced.

“We feel very lucky to have the chance to be part of Lower Broad, which is arguably THE hottest spot in the country,” Brooks said in a statement. “The goal is a classic honky-tonk that welcomes all and encourages love and kindness while playing the greatest music in the world in the home of country music!”

Strategic Hospitality, a Nashville-based hospitality company is owned by brothers Benjamin and Max Goldberg. The company has also worked on Nashville restaurants The Catbird Seat, Merchants Restaurant and The Patterson House.

“Garth’s long-standing commitment to Nashville is far beyond music and has been so meaningful to our city,” said the Goldbergs in a statement. “We couldn’t be more excited than to help him bring his concept to reality.”

Music editor for Nashville.com. Jerry Holthouse is a content writer, songwriter and a graphic designer. He owns and runs Holthouse Creative, a full service creative agency. He is an avid outdoorsman and a lover of everything music. You can contact him at JerryHolthouse@Nashville.com
Previous Jelly Roll’s “Son of a Sinner” Debuts At #38 On Billboard
Next Four Inducted Into The Music City Walk of Fame