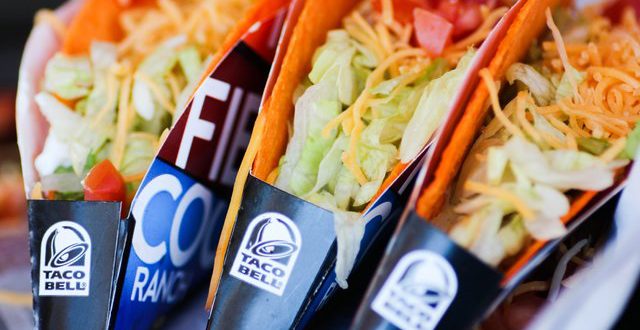 Turns out you don’t have to be a Houston Astros fan, Los Angeles Dodgers fan, or even much of a baseball fan to get excited about the World Series. That’s because Taco Bell’s massive Doritos Locos Taco giveaway was just trigged by the first stolen base of the series during Game 2 and everyone gets free tacos.

It’s official: Taco Bell is giving everyone in America one free Doritos Locos Taco, all thanks to Houston Astros outfielder Cameron Maybin, who became the nation’s new “Taco Hero” when he stole a base in the 11th inning of Game 2 shortly after midnight on Thursday. Specifically, T-Bell locations across the country will hand out the free Doritos-taco hybrids on Wednesday, November 1, from 2pm to 6pm (local time). Fire Sauce was basically born for this moment.