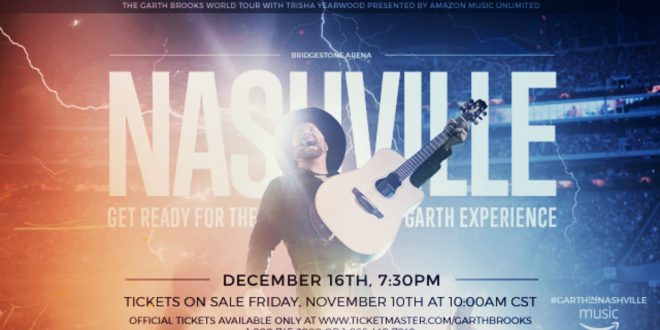 The number one selling solo artist in U.S. history and 5 Time CMA Entertainer of the Year, Garth Brooks
is returning to Bridgestone Arena December 2017! Nashville is the final North American stop on the
World Tour and Garth’s first time at Bridgestone Arena in seven years!
Tickets on Sale Here!