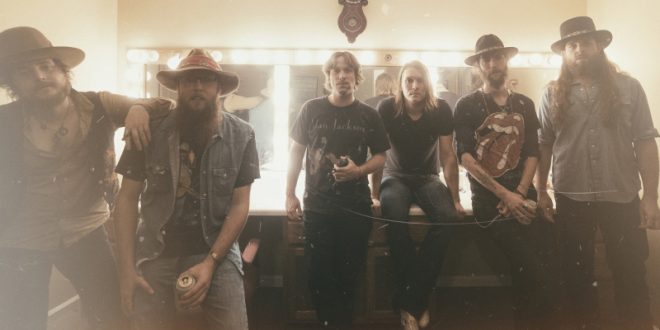 Whiskey Myers is making their Bonnaroo debut this year, coming off a sold-out Red Rocks debut last week (where they were surprised with four new RIAA Gold & Platinum certifications) and ahead of their Tornillo album release on July 29 – all in the midst of selling out their own 10,000+ seat headlining dates this summer.

For this band of renegade brothers, the goal isn’t to fit into a format or try a new direction for its own sake, it’s to be true to the music they love — and with Whiskey Myers they continue pushing in all directions and sharpening their attack, whether country, rock, blues, whatever. “Everybody wants you to pick a genre, but we did this our whole career,” says Cody Cannon. “We like it all, so we’re gonna do it all. We’re better than we were at 20 years old — you try to hone your skills and get better, write better, play better. This is just how it came naturally, and it works better that way.”

The band pass played more than 2,500 live shows to ever-increasing crowd sizes since their emergence in 2007. Their forthcoming self-produced album, Tornillo, set for release July 29, follows their self-produced fifth studio album, WHISKEY MYERS, out now on the band’s own Wiggy Thump Records. WHISKEY MYERS debuted at No. 1 on both the Country and Americana/Folk sales charts, at No. 2 on the Rock chart and No. 6 on the all-genre Billboard 200 chart (No. 3 among new releases). Their previous album, Mud, reached No. 1 on the iTunes country chart with single “Stone” hitting Top 10 all genre. In total, Whiskey Myers have sold more than 1.2 million albums and amassed over 1.5 billion streams while earning four RIAA Gold and Platinum certifications.

Whiskey Myers will be performing on the “That Tent” stage from 4:45-5:45pm on Friday so BE THERE!

Music editor for Nashville.com. Jerry Holthouse is a content writer, songwriter and a graphic designer. He owns and runs Holthouse Creative, a full service creative agency. He is an avid outdoorsman and a lover of everything music. You can contact him at JerryHolthouse@Nashville.com
Previous CMA Fest Wraps Up After 2 Year Postponement
Next Craig Campbell’s 8th Annual Cornhole Challenge Raises $25,000