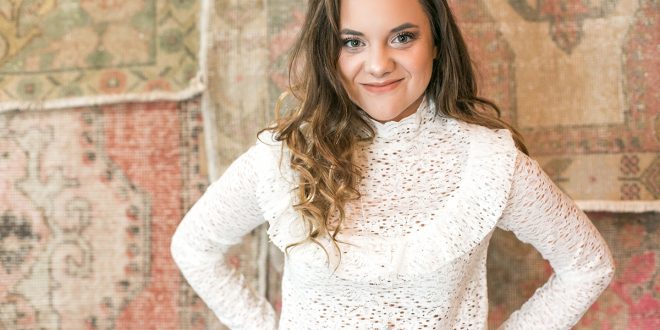 Independent label, Silverado Records has a new record out tomorrow on all available outlets. Summer on Repeat 3, a fun project is full great news songs from up and coming talent. Listen above to the premiere of Ali Morgans’s “Too Much.”

Ali Morgan, is no stranger to the stage. The North Aurora, IL native has been in the spotlight for almost half of her life. She wrote her first song in Kindergarten and hasn’t slowed down since. At the ripe age of seven she performed at the Paramount Theatre for the musical production of The King and I, which led to larger roles with the Fox Valley Repertory Theater. When she was nine her parents gave her her first guitar, a Fender Malibu Series, which sparked her love for country music.

After years of hard work and proving to her parents music is her true passion, she now calls Music City home and landed her first record deal with Nashville based label, Silverado Records, at the age of 13. Ali released her first single, “Crazy,” under the label, which has garnered 256k+ streams on Spotify. Her second single, “Firefly Curfew,” was featured on the compilation album, Summer on Repeat, and has amassed 223k+ streams on Spotify. The project includes singles from label mates David Adam Byrnes, Tyler Jordan, Crystal Yates and country music legend Joe Diffie as well as other special guest appearances. “Ali is an extraordinary young lady. She is light years ahead of most. Her journey has just started but is already showing great strides in her songs and recordings reaching a quickly growing fan base. Her passion for music shines bright and has proven that obstacles or mountains to climb are all part of the process, so instead of dwelling on there difficulty she drives right through them full speed, an ethic needed in this industry. I’m very excited to share her upcoming releases with Silverado!” – Aaron Chesling, Silverado Records

Drawing inspiration from some of country music’s leading ladies like Kelsea Ballerini, Taylor Swift and songwriter Sarah Buxton, Ali puts a modern twist on her songs which creates a connection with her fans. “My fan base is growing and many of them reach out to me, I love hearing their thoughts and opinions about my music,” says Ali. “I read every word and I appreciate each one of them!”

When she isn’t in the studio working on her upcoming debut EP, Ali is performing at some of Nashville’s most well known venues such as the legendary Bluebird Café, Belcourt Taps, The Country and Tavern 96. Driven by her authentic love for writing and making music, this passionate performer dreams of the day that she takes the stage to find her fans singing her own lyrics back to her. “I hope someday that my music can affect people the way music has always affected me,” said Ali. “I can’t imagine my life without it.” Keep up with Ali at www.alimorganmusic.com, and on Facebook, Twitter and Instagram @AliMorganMusic.

Music editor for Nashville.com. Jerry Holthouse is a content writer, songwriter and a graphic designer. He owns and runs Holthouse Creative, a full service creative agency. He is an avid outdoorsman and a lover of everything music. You can contact him at JerryHolthouse@Nashville.com
Previous Bonnaroo Outdoes Itself
Next Live On The Green Announces 2019 Artist Lineup