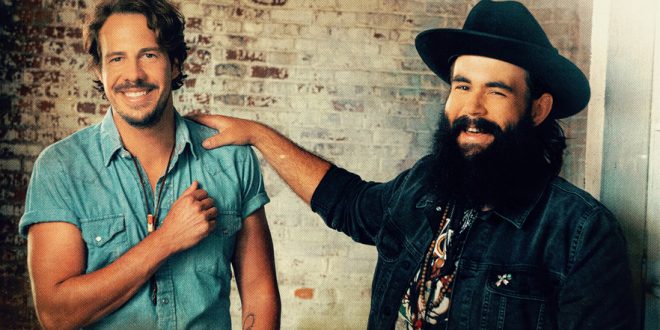 “Standing in the circle playing music with my best friend for an Opry crowd packed with friends, family, in-laws and outlaws was truly a magical experience I’ll never forget and will surely be hard to top,” says Olympia.

“From the moment I walked into the Opry House, I could feel the spirit and the weight of a rich and beautiful tradition,” says Rupard. “To be able to step into the circle and perform felt like we got to tap into that spirit and be a small part of the story. I’ll never forget that unique feeling.”

Deciding to record “Man of Constant Sorrow” was a no-brainer for the duo, as Everette wouldn’t be “Everette” without this song. The duo named themselves after George Clooney’s philosophy-spouting, folk-singing character, Ulysses Everett McGill, in the popular movie “O Brother, Where Art Thou?,” in which “Man of Constant Sorrow” was the theme song.

Bonded by their love of the film and the emotional lyrics behind the song, Everette took to TikTok to cover the track and received an overwhelmingly positive response from viewers.

They even had a fun, full-circle moment with Dan Tyminski, who recorded the award-winning song for the movie, when he joined them for a candid TikTok performance of the track. After accumulating over 603k views, the duo knew had to get a recording session on the books to pay tribute to the song and movie that brought them together — as Everette.

Music editor for Nashville.com. Jerry Holthouse is a content writer, songwriter and a graphic designer. He owns and runs Holthouse Creative, a full service creative agency. He is an avid outdoorsman and a lover of everything music. You can contact him at JerryHolthouse@Nashville.com
Previous UK Americana Awards Has Several Nashville Connections
Next Country Music Hall of Famer Hargus “Pig” Robbins Passes