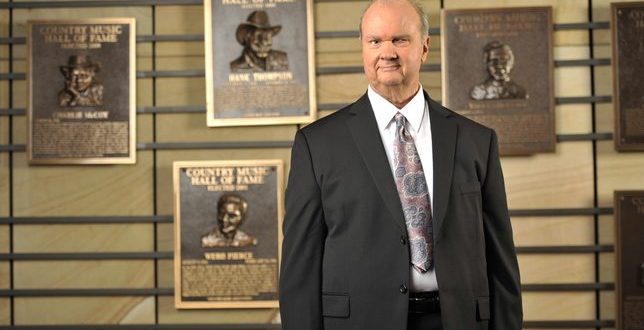 Working thousands of recording dates since the late 1950s, Robbins has contributed to dozens of hits by artists in Country, rock, folk and pop. He garnered two CMA Awards throughout his career, CMA’s Instrumentalist of the Year in 1976 and 2000. He was inducted into the Country Music Hall of Fame in 2012.

Robbins learned to play piano at age seven, while attending the Nashville School for the Blind. He played his first session in 1957, with his first major recording being George Jones’s “White Lightning”. He went on to play keyboards for scores of stars including Dolly Parton, Joan Baez, Kenny Rogers, Neil Young, Leon Russell, Shania Twain, Vince Gill, Miranda Lambert and many others.

“Hargus “Pig” Robbins was a defining sound for so much of the historic music out of Nashville. His talent spoke for itself through his decades-spanning career and work as a session pianist with countless artists across genres. Our hearts go out to his friends and family during this difficult time.” said Sarah Trahern, Country Music Association CEO.

Music editor for Nashville.com. Jerry Holthouse is a content writer, songwriter and a graphic designer. He owns and runs Holthouse Creative, a full service creative agency. He is an avid outdoorsman and a lover of everything music. You can contact him at JerryHolthouse@Nashville.com
Previous Everette Makes their Grand Ole Opry debut
Next Brian Kelley Announces His First Solo Tour