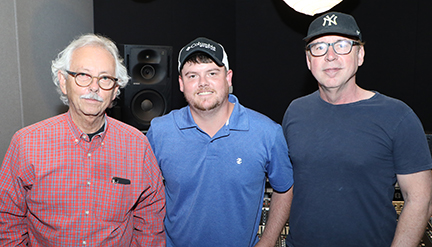 A portion of proceeds from the lead single and album will benefit GUMI (Glad You Made It) Camp USA. GUMI focuses on providing U.S. veterans with the tools they need to help them heal after deployment overseas and enable them to re-enter society. The camp is located on a 258-acre piece of property in southeast Taney County, Mo. Veterans may reside without cost to them and heal at their own pace.

“Working with Buddy Cannon and my longtime producer, Bill McDermott, is a dream come true. For a kid from Kentucky who grew up playing a lot of the songs that Buddy has written or produced, this was truly a humbling and life making experience. I can’t say enough about how grateful I am to have gotten to make a record with such wonderfully talented people,” shared Collins.

Music editor for Nashville.com. Jerry Holthouse is a content writer, songwriter and a graphic designer. He owns and runs Holthouse Creative, a full service creative agency. He is an avid outdoorsman and a lover of everything music. You can contact him at JerryHolthouse@Nashville.com
Previous WATCH: Greensky Bluegrass’ “Stress Dreams“
Next LISTEN: Old Crow Medicine Show’s “Bombs Away”