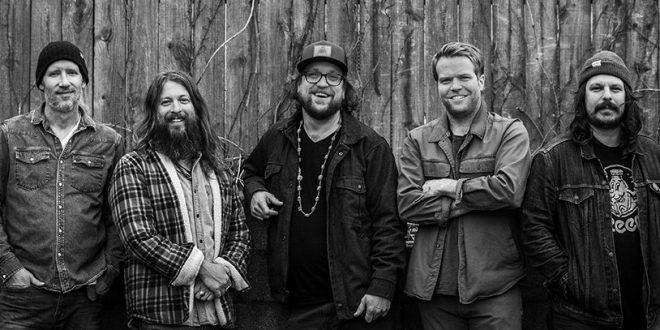 In addition to the new album, the band has collaborated with famed animator Grant Kolton – who has created videos for Cage The Elephant, My Morning Jacket, and more.
The band will be hosting a YouTube premiere today at 5 pm ET and will be participating in a live chat with fans.

Greensky kicked off their 19-date winter tour with special guests The Infamous String Dusters yesterday in Albany, NY, and will make their way through the east coast, midwest, and mid-Atlantic wrapping up with two nights in Atlanta on February 25 and 26.

When touring ceased in 2020 in the face of the global pandemic, the band hunkered down and compiled demos individually at first, sharing emails and voice notes. In July 2020, they got together for the first time in four months, dedicating rehearsals to the development of the new material. Once circumstances safely permitted, they recorded what would become Stress Dreams during a session in Guilford, VT and two sessions in Asheville, NC with frequent collaborator “and old friend” Dominic John Davis as producer and “wizard engineer” Glenn Brown mixing. They preserved the hallmarks of their sound while widening its expanse.

Music editor for Nashville.com. Jerry Holthouse is a content writer, songwriter and a graphic designer. He owns and runs Holthouse Creative, a full service creative agency. He is an avid outdoorsman and a lover of everything music. You can contact him at JerryHolthouse@Nashville.com
Previous CMT Announces “CMT Next Women Of Country”
Next Dustin Collins Enlists Music City Super Producer For New Album