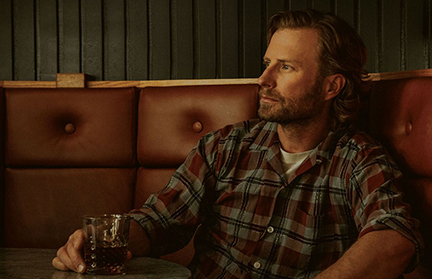 Dierks Bentley takes “Gone” to the top of the Mediabase/Country Aircheck Singles chart this week, notching a notable 20th career No. One. “I really can’t believe I have 20 No. Ones at Country radio,” Bentley said. “I still remember the bar I played in Texas when I found out that ‘What Was I Thinking’ was going to be my first No. One. It’s a great feeling that only gets better with each song that goes to the top. I am so appreciative of Country radio for all the support they have given me from the beginning…it’s been a great ride.”

Fans can catch Bentley on the road this summer at the summer’s biggest festivals ahead of his upcoming 2021 BEERS ON ME TOUR with specials guests Riley Green and Parker McCollum.

Bentley co-wrote 10 of 13 tracks on his last album THE MOUNTAIN, which earned him the highest debut sales of his career and became his seventh chart-topping release. Bentley has amassed many nominations from the ACM’s, CMA’s, Billboard Music Awards and more while also earning 14 GRAMMY nominations. He just recently celebrated his 15 year anniversary as a member of the Grand Ole Opry. Bentley has also created professional endeavors outside of the music with his Flag & Anthem lifestyle collection Desert Son, along with his “Dierks Bentley’s Whiskey Row” franchise hosting five locations.

Music editor for Nashville.com. Jerry Holthouse is a content writer, songwriter and a graphic designer. He owns and runs Holthouse Creative, a full service creative agency. He is an avid outdoorsman and a lover of everything music. You can contact him at JerryHolthouse@Nashville.com
Previous Billy Strings Partners With Del McCoury For “Midnight on the Stormy Deep”
Next Ray Fulcher Makes His Grand Ole Opry Debut