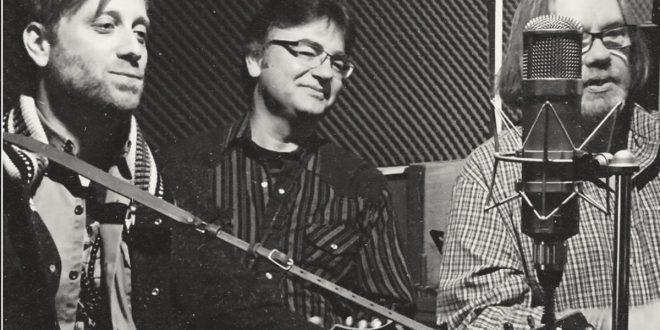 David Ferguson, the man who for 40+ years has always been behind the scenes making magic in the studio for other people, gifted music fans and musical history buffs alike with his debut album Nashville No More in September of 2021. And today, the gifts keep coming in the form of “White Dove,” a bonus track featuring Dan Auerbach and Ronnie McCoury—stream or download here. “To have the opportunity to record as a 3 piece band on one microphone with two of the best musicians and singers the human race has to offer? I wish everyone could experience that feeling at least once,” says Ferguson of the track that was previously only available to those who purchased the record on vinyl from Fat Possum.

Ferguson is a Grammy Award-winning recording engineer, studio owner, video game soundtrack composer, and collaborator with the likes of Johnny Cash, John Prine, and Sturgill Simpson. This is no greenhorn debut album, but a long-marinated and much-awaited reveal of a warm and familiar voice of a generation.

The company Ferguson keeps on Nashville No More speaks much more highly of him than written words in promo materials can. Bluegrass power couple Sierra Hull and Justin Moses lend their voice and instrumental prowess to album closer “Hard Times Come Again No More” and reigning Americana queen Margo Price jumps in on the country-meets-bossa nova feel of “Chardonnay.” But it keeps going beyond those featured tracks—the entirety of Nashville No More’s roster is A-lister after A-lister. Bluegrass fans will easily pick out the playing of Jerry Douglas, Stuart Duncan, Béla Fleck, Ronnie McCoury, and Tim O’Brien, to name a few, and the more guitar-minded will catch the six-string picking and strumming of Dan Auerbach, Mark Howard, Billy Sanford, and Kenny Vaughan. Add in Nashville studio greats like Russ Pahl on pedal steel, Sam Bacco on percussion, Mike Rojas on keyboards, and Mike Bub and Dave Roe on bass, and the end result is a mutual admiration society of taste and respect not equaled in most Nashville recordings of today. All of those instruments and all of those people are in turn enveloped by Ferguson’s resonant baritone singing his favorite songs and the results are breathtaking.

Music editor for Nashville.com. Jerry Holthouse is a content writer, songwriter and a graphic designer. He owns and runs Holthouse Creative, a full service creative agency. He is an avid outdoorsman and a lover of everything music. You can contact him at JerryHolthouse@Nashville.com
Previous Lauren Alaina Named As Maurices First Celebrity Brand Ambassador
Next WATCH: Brent Cobb’s “When It’s My Time”