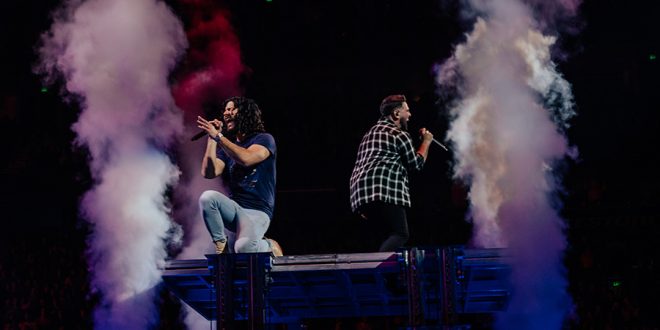 Dan + Shay Held Bridgestone In The Palm Of Their Hands 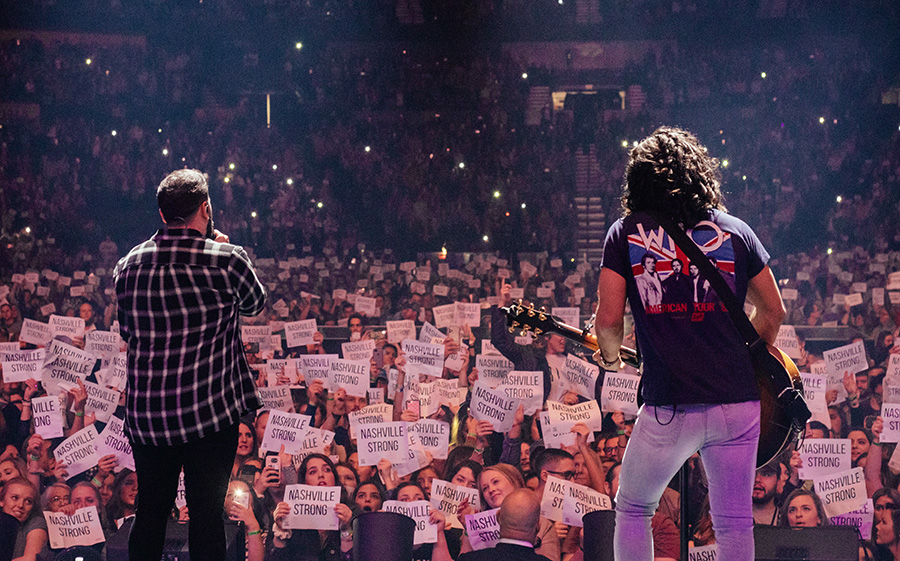 It seems like Dan + Shay just got here, but they have definitely arrived. Yes, they’ve already won a pile of awards but it’s official, they are super-stars. Both Friday and Saturday at the Bridgestone were sold out. Their first-ever arena show last Friday 3/6 was emotional, filled with thanks and full pride and love for their town and the devastation it recently suffered. You would think the first show in a big arena tour like this would have some bugs to be worked out. There were none. The sound was excellent and the stages were bright and creative.

They opened up the show appearing from a lighted box that revealed the duo as it lifted from above them on a satellite stage in the middle of the floor. The crowd was on their feet almost the entire show and the pair were overcome with emotion multiple times throughout the show thanking their family, friends, label and band for this iconic evening in their careers. The most touching moments of the evening had to be when Dan Smyers gave a shout out to all his East Nashville (where he has lived for eight years) friends and neighbors with words of encouragement and love following the devastating tornado. And then when Shay Mooney brought his wife Hannah and son Asher on the stage and sang an acoustic version of “When I Pray for you.” There wasn’t a dry eye in the house. The boys also got down on the floor with the crowd several times and once even walked all the way to the back of the arena shaking hands and high-giving all the way. They ended the show with their monster hits “Speechless,” You + Me and then in a roaring cloud of confetti, “Tequila.”

A lot of critics tend to get hung up on genre, what is it, country, pop? If it’s amazing music does it really matter. When a sold out arena crowd can sing every single word to every song does it really matter. Dan + Shay have it the big time and it is well deserved. They’ll be around for a long time.
–Jerry Holthouse 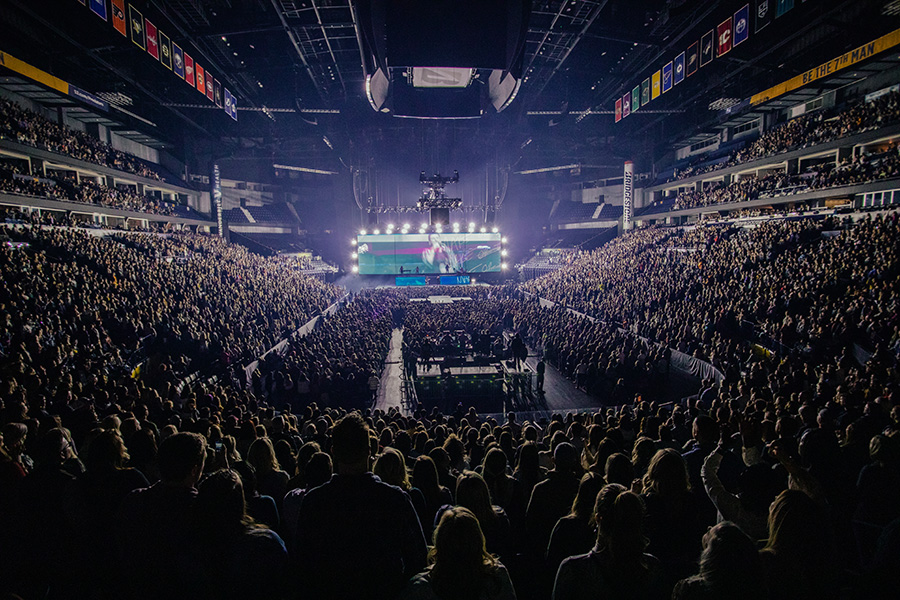 Music editor for Nashville.com. Jerry Holthouse is a content writer, songwriter and a graphic designer. He owns and runs Holthouse Creative, a full service creative agency. He is an avid outdoorsman and a lover of everything music. You can contact him at JerryHolthouse@Nashville.com
Previous Tin Pan South Will Reschedule Festival
Next Trace Adkins Signs With Verge Records