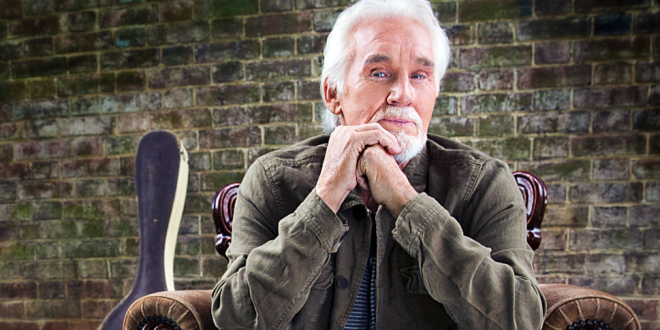 Ceremony to be on Oct. 24, One Day Prior to Rogers’ Nashville Farewell Concert Celebration

GRAMMY-winner and music icon Kenny Rogers will be inducted into the Music City Walk of Fame on Oct. 24 at 1 p.m., the Nashville Convention & Visitors Corp announced today. The induction ceremony will take place one day in advance of the all-star “All In For The Gambler: Kenny Rogers’ Farewell Concert Celebration” taking place at Bridgestone Arena.

“Kenny Rogers is one of the best storytellers in country music history, with one of the sweetest and most soulful voices,” Mayor Megan Barry said. “I’m so glad he’ll be able to join all the other amazing artists on the Music City Walk of Fame before he retires after nearly 60 years of making beautiful music.”

Rogers will receive the 80th star on the Music City Walk of Fame. Inductees are recognized for their significant contributions to preserving the musical heritage of Nashville and for contributing to the world through song or other industry collaboration.

Rogers has sold more than 120 million albums worldwide, topped the charts for nearly six decades, famously been a duet partner with Dolly Parton, is a New York Times best-selling author, appeared in movies and participated in the historical USA For Africa recording of “We Are The World,” the multi-celebrity performance that raised millions of dollars for famine relief in Africa.

In Rogers’ nearly six decades on the charts, the Country Music Hall of Fame member and pop superstar has notched chart-topping songs, including “The Gambler,” “Lady,” “Islands In The Stream,” “Lucille,” “Coward of the County,” “She Believes In Me,” “Ruby, Don’t Take Your Love To Town,” “We’ve Got Tonight,” “Daytime Friends,” “Through The Years,” “Love Will Turn You Around,” “You Decorated My Life,” “Crazy,” “Every Time Two Fools Collide” and “Buy Me A Rose.”

Rogers has charted a record within each of the last seven decades (’50s, ’60s, ’70s, ’80s, ’90s, 2000s, 2010s), while sending 24 songs to the No. 1 spot of the charts. With more than 120 million albums sold worldwide, he is one of the Top Ten Best Selling Male Solo Artists of All Time, according to the RIAA. Rogers has won many awards for his music, including three GRAMMY Awards, 19 American Music Awards, 11 People’s Choice Awards, eight Academy of Country Music Awards, six Country Music Association Awards (including the CMA Lifetime Achievement Award in 2013) and the Artist of a Lifetime Award at the CMT Artists of the Year 2015 award show.

The Music City Walk of Fame was created in 2006 on Nashville’s Music Mile, a roughly one-mile stretch that connects downtown to Music Row. Permanent sidewalk medallions with the names of the inductees are displayed in a star-and-guitar design.

Kenny Rogers:
Kenny Rogers has sold more than 120 million albums worldwide and has charted a record within each of the last seven decades. The first country artist to consistently sell out arenas, Rogers achieved pop superstardom as well — his 28 Billboard Adult Contemporary Top 10s rank him fourth-best of all time among men, trailing only Elton John, Neil Diamond, and Elvis Presley. Rogers has recorded 24 No. 1 hits (including “The Gambler,” “Lady,” “Islands In The Stream,” “She Believes In Me,” “Through The Years” and “Lucille”), 12 No. 1 albums (including his landmark album, The Gambler, with sales in excess of 35 million), 25 Top 10 country albums and is the RIAA’s eighth best-selling male solo artist of all time. The Country Music Hall of Fame member has received three GRAMMY® Awards, 11 People’s Choice Awards, 19 American Music Awards, eight Academy of Country Music (ACM) Awards and six Country Music Association (CMA) Awards, among many other accolades. He is also a New York Times best-selling author, award-winning photographer (he will receive the Lifetime Achievement Award from the International Photography Hall of Fame in November 2017), and has received widespread recognition for his acting roles in movies. After nearly six decades of touring and entertaining the world, Rogers is currently on his final worldwide tour: “The Gambler’s Last Deal,” which will run into 2018.kennyrogers.com

The Nashville Convention & Visitors Corp:
The mission of the Nashville Convention & Visitors Corp is to maximize the economic contribution of the convention and tourism industry to the community by developing and marketing Nashville as a premier destination. Visit the NCVC’s website atwww.visitmusiccity.com and follow us on social media.
Suggested Tweet:
Country/Pop Superstar @_KennyRogers to be Inducted into @VisitMusicCity #WalkofFame