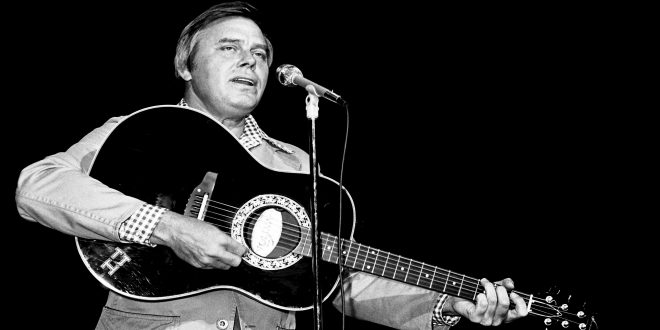 Country Music Hall of Fame legend Tom T. Hall died on Friday, August 20th. He was 85. Hall was nicknamed “The Storyteller” by Tex Ritter, another country great, for his songwriting style. His hits included “Harper Valley P.T.A.” which became a major crossover smash for Jeanie C. Riley in 1968, “That’s How I Got To Memphis,”, Homecoming,” and “(Old Dogs, Children, and) Watermelon Wine,” “A Week in a Country Jail,” “I Love,” “Country Is”, “I Care,” and many more. His songs have been recorded by the likes of Johnny Cash, Alan Jackson, Waylon Jennings, George Jones, and Loretta Lynn. Hall was inducted into the Country Music Hall of Fame in 2008 and was a Grand Ole Opry member since 1971. Rolling Stone included the Olive Hill, Kentucky native on their ‘100 Greatest Songwriters’ list.

“I worked with Tom on several occasions, and he was always a gentleman. He was a very interesting songwriter and a fun person to be around. He contributed a great deal to country music and he got to live a full life.”
– Don McLean

“Back in 1978 when we sang at Mama Maybelle Carter’s funeral a saddened and shaken Johnny Cash walked up to the podium and asked Tom T. Hall to stand with him… Johnny said, “I draw strength from you, Tom!” Thank you Tom T. Hall for the songs and the strength you provided to so many … Rest Easy now and draw strength from the loving arms of Jesus… until the day.”
– Joe Bonsall, The Oak Ridge Boys

“One of my heroes. An artist for all the ages!”
-Randy Owen / ALABAMA

“I was saddened to hear of Tom T. Hall’s passing. I loved him. He was a great Kentuckian with a heart of gold. He was a kind and gentle man. Lots of people come to Nashville to write songs, but Tom T. came to tell stories. These stories are everyone’s story. They are America’s story. Now he can truly say, ‘me and Jesus have our own thing going.’”
-Ricky Skaggs
“What a great loss, what a great storyteller, and what a nice man. We’ll miss you, Tom.”
-Ray Stevens

“Tom T. Hall was a great storyteller, artist, poet, friend and especially husband to the great love of his life, Miss Dixie. The only comfort I have in this loss is the idea they’re reunited tonight in heaven.” -Ronnie Milsap

“Tom T. was one funny human being. He gave me a bull 35 years ago. He wrote me a note explaining his gift of the bull. ‘Larry my young friend, I’m mighty fond of this old bull because he’s got a bad knee, and that’s what kept me out of the Army.’ Kinda funny considering the fact that he joined the Army and later he performed for our military personnel all over the world. Yes, my friend Tom T. was one funny human being. One genuine, good human being and one of the very best wordsmiths on the planet. REST IN PEACE, my friend. Steve and Rudy didn’t get a bull but they loved old Tom T. too.”
-Larry Gatlin

“Tom T. was the ultimate storyteller. His songwriting had the ability to make you see a story unfolding in your head. Such a unique and incredibly talented man. He will be missed.”
-John Anderson

“I had the pleasure of working with Tom T. Hall and also socializing with him and his lovely wife, Dixie, along with Ralph Emery and his lovely wife, Joy. As a youngster on the Ralph Emery Show and Nashville Now, I had the pleasure of working with a lot of great artists. Tom T. Hall was one of those artists who always intrigued me. He gave me great advice from the moment we met. He said ‘little lady, you’ve got talent and you’re destined to be a star.’ ‘Just remember,’ he said ‘always follow your heart.’ I always loved his songwriting. I thought the simplicity of his writing was the beauty of his writing. He will be sadly missed in this business and in our personal lives. He affected me in a very uplifting way at a time when I needed direction and support. God Bless his family in this time of grief.”
-Lorrie Morgan

Music editor for Nashville.com. Jerry Holthouse is a content writer, songwriter and a graphic designer. He owns and runs Holthouse Creative, a full service creative agency. He is an avid outdoorsman and a lover of everything music. You can contact him at JerryHolthouse@Nashville.com
Previous Anderson East’s New Album “Maybe We Never Die” Drops Today
Next LISTEN: Frank Ray’s “Country’d Look Good On You”