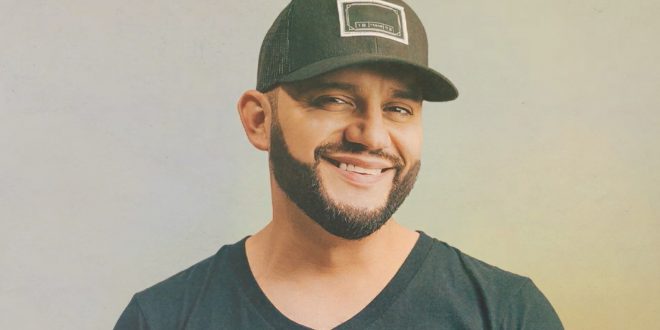 “Country’d Look Good On You,” Frank Ray’s debut single with BBR Music Group/Stoney Creek Records today became the Most Added song on Country radio by a new artist (by impact day) this year and third Most Added of the week behind Kane Brown and Keith Urban. The mid-tempo track with rural imagery, backroad swagger and contemporary Country groove earned 59 adds.

Watch the emotional moment Frank heard the song on the radio for the first time in his hometown here.

“It’s hard to describe the feeling of hearing your own song come on the radio—it brings all kinds of emotions to the surface—I’m grateful to my incredible fans, family, manager Oscar Chavira and my entire team,” said Frank Ray. “Thank you to Country radio for gifting me with that incredible feeling and continuing to support me and my dream.”

“It’s so exciting to see the magic of Frank’s Country Radio Broadcaster Board performance just a couple of months ago, culminate in a massive first week. I’ll never forget Rod Phillips jumping up at end of Frank’s set and shouting ‘Let’s Goooo!’,” said Jon Loba, President BMG Nashville. “Thank you so much to our friends in radio for taking such a leadership position and acting on their passion in large numbers early!”

The former police officer, Texas chart-topper, and bilingual entertainer wowed the crowd at the Country Radio Broadcasters (CRB) Board Dinner earlier this summer and is currently on his first radio tour.

Music editor for Nashville.com. Jerry Holthouse is a content writer, songwriter and a graphic designer. He owns and runs Holthouse Creative, a full service creative agency. He is an avid outdoorsman and a lover of everything music. You can contact him at JerryHolthouse@Nashville.com
Previous Country Stars Remember Tom T. Hall
Next Featured Bonnaroo Artists: Greensky Bluegrass