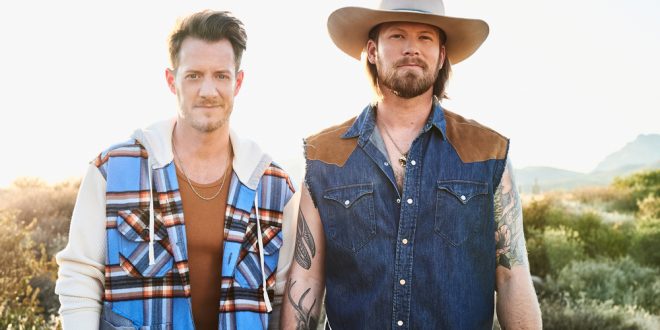 Lively McCabe Entertainment and CuzBro Productions, the production company founded by Brian Kelley of duo Florida Georgia Line – and partners Stephen Snedden and Justin Halliwell, have teamed with filmmaker Andy Fickman to direct the upcoming musical feature, “MAY WE ALL.”

The previously announced stage musical with eyes on a commercial residency in Nashville, TN, was to have held a developmental production in November 2020 at Playhouse on the Square in Memphis, TN, but has had that production delayed to later in 2021 due to the pandemic. Lively McCabe Entertainment and CuzBro Productions also produce the stage musical, along with music giant BMG.

“MAY WE ALL” is a story of disappearing small-town America as seen through the hopeful eyes of its youth. Jenna Coates, a fledgling country singer, reluctantly comes home after a rough start in Nashville, TN, ultimately to discover that her roots may take her a lot further than her dreams.

The stage iteration of “MAY WE ALL” features a book by Troy Britton Johnson, Todd Johnson, and Eric Pfeffinger, with arrangements and orchestrations by Brian Usifer, and is directed by Shelley Butler.

“My partners and I are really excited to welcome Andy [Fickman] to the ‘MAY WE ALL’ fam! Not only do we connect on a country music-lovin’ level, but I admire his work as a director and truly believe he’ll bring the heart of our script to life,” shares Kelley. “It’s been a long time coming and I can’t wait for everyone to finally be able to enjoy ‘MAY WE ALL’ – from the stage to the big screen.”

“Growing up in Texas, loving country music, and being a massive Florida Georgia Line fan, it is a dream come true to be joining the ‘MAY WE ALL’ creative team,” says Fickman. “The script uses powerful, heartwarming songs from some of country music’s most celebrated artists to examine the complexities of how our hometowns shape and mold our hopes and aspirations. I can’t wait for the world to join us on this uplifting, musical journey.”

Music editor for Nashville.com. Jerry Holthouse is a content writer, songwriter and a graphic designer. He owns and runs Holthouse Creative, a full service creative agency. He is an avid outdoorsman and a lover of everything music. You can contact him at JerryHolthouse@Nashville.com
Previous Lucas Hoge Releases His First Gospel Project
Next WATCH: Lily Rose’s “Villain”