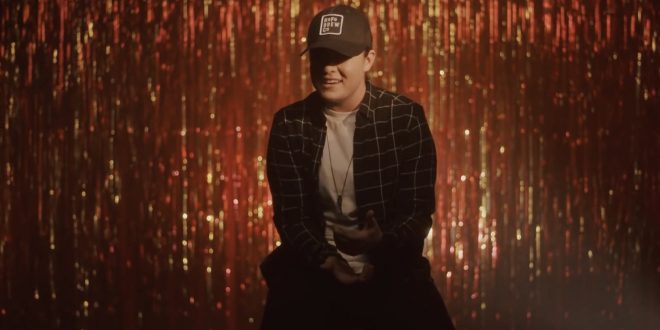 “To say I’m excited and humbled to be a part of the Big Loud/Republic family is an understatement. You move to Nashville to sign deals like this, make music videos like these, and write the best songs possible,” says Rose. “Hell, we’re just getting started.”

A native of Atlanta, Ga., Rose has been pursuing a career in music for more than thirteen years, while working a handful of flexible part-time jobs to remain focused to write and record music. For the past eight years, she has been routing her own tours in packed bars throughout the Southeast, while also selling out shows in major markets like Atlanta, New York and Nashville.

On Dec. 1, 2020, Rose posted a clip of “Villain,” a song she wrote with Mackenzie Carpenter and Kyle Clark (produced by Matt Morrissey) about a break-up she believed ended cordially, only to find out she’d been painted as the ‘bad guy’ through social media. Lily channeled that universal feeling of betrayal into a vibey ballad over haunting production that pulls influences from modern trap to classic country. The song connected significantly with fans, and two weeks later Rose independently released “Villain” on Dec. 15. The single immediately rocketed to the top of the iTunes all-genre chart, where it held steady at No.1 above Taylor Swift’s latest releases for several days and has remained in the iTunes Top 30 for five consecutive weeks.

Since its release, “Villain” has amassed over 7M on-demand streams, 78K in consumption and more than 300K monthly listeners on Spotify. Rose gained early support from SiriusXM’s The Highway, launching “Villain” into full rotation just days after its release and landed a spot on Billboard’s Hot Country Songs (No.43), Emerging Artists (No.5), Country Digital Sales (No.2) and Digital Sales (No.8) charts.

“The Country music business is on fire right now, and artists are breaking independently faster than ever before. Big Loud couldn’t be more excited to work with Lily Rose, who’s emerging from this pack of newcomers. Her voice becomes familiar after just one listen, and to pair that with her catalog of amazing unreleased songs, we believe she’s an artist who will be around for years to come. Lily is a voice that Country music has needed for some time, and ‘Villain’ is just the reactive hit to get her started. Welcome to the Big Loud family, Lily.” – Big Loud Partners (Seth England, Joey Moi, and Craig Wiseman)

“I couldn’t be more thankful to be a part of the partnership between Big Loud & Republic Records and continue to work alongside Lily Rose. Lily is an artist with a unique voice and bright career that will shift the country genre. She is building an amazing team around her to start the journey and tell her story.” – Rakiyah Marshall, Back Blocks Music

“We’ve had the good fortune of working with Seth England and the Big Loud team for many years. This alliance continues to grow with the extraordinary new signing of Lily Rose and represents the latest evolution of our partnership, all on the heels of the historic Morgan Wallen release. Furthermore, as we prepare to launch the global campaign for Lily in the forthcoming months, we’re thrilled to work with Republic alumnus Rakiyah Marshall and her dynamic new company Back Blocks Music.” – Monte Lipman, Founder and CEO Republic Records

Music editor for Nashville.com. Jerry Holthouse is a content writer, songwriter and a graphic designer. He owns and runs Holthouse Creative, a full service creative agency. He is an avid outdoorsman and a lover of everything music. You can contact him at JerryHolthouse@Nashville.com
Previous Country Music Musical Coming To Nashville
Next Hardy Hits The Charts Strong With “Give Heaven Some Hell””