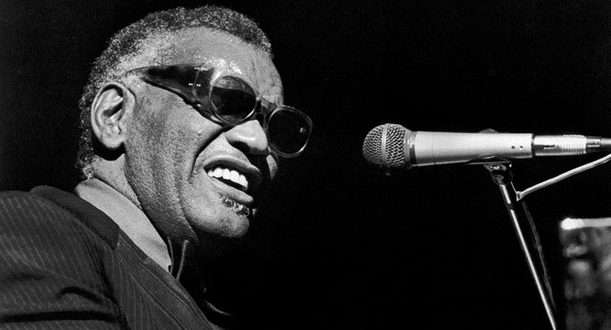 The Country Music Association held a virtual announcement this morning to reveal the 2021 inductees into the Country Music Hall of Fame – Eddie Bayers, Ray Charles, Pete Drake and The Judds.

“The works of this year’s inductees span crucial timestamps of Country Music history,” says Sarah Trahern, CMA Chief Executive Officer. “This impressive career landmark is the pinnacle of accomplishment in Country Music and I’m so proud to see Eddie, Ray, Pete, Naomi and Wynonna getting their much-deserved plaques on the wall of the Rotunda. Today’s fans and generations to come will forever be reminded of the distinct impact each made on this genre.”

“I’d like to thank everyone who voted to induct Ray Charles into the Country Music Hall of Fame,” says Valerie Ervin, Ray Charles Foundation President. “Needless to say, Ray Charles loved Country Music. As a matter of fact, he risked a lot in 1962 when he decided to record Modern Sounds in Country and Western Music. I cannot express enough how happy and honored Ray Charles would be at this moment in time, as I am for him. Congratulations to all the fellow inductees and as Ray Charles would say, ‘That is so nice.’”

“I am so happy for Pete to receive this well-deserved honor,” says Drake’s widow, Rose Drake, on behalf of the family. “We are deeply touched and honored for the great recognition of this unique and talented icon that enriched so many illustrious recordings with his special steel guitar tone and sound that distinguished itself, in hundreds of successful recordings.”
“When we moved to Nashville in the late 70s, still struggling to make ends meet and dressing Wy and Ashley in thrift store dresses, I could’ve never imagined the success we achieved as The Judds,” says Naomi Judd. “I am beyond thrilled and humbled for this incredible recognition. There’s no greater pinnacle in Country Music than the Country Music Hall of Fame.”

“This moment takes me back to 1983 when Mom and I first started,” says Wynonna Judd. “We would get in the car and visit multiple radio stations a day. It kind of feels like I’ve hit the lottery. It is so surreal. John Lennon always said that he just wanted to be remembered, and now we’re truly part of history, or I should say HERstory. What an honor.”

“These people saw through artificial divisions, moved beyond rigid stylistic restrictions, and connected with worldwide audiences,” says Kyle Young, Country Music Hall of Fame® and Museum Chief Executive Officer. “In revealing their individuality, they taught us about commonality. Lately, we’ve lived through a time of division and a time of isolation. But in the music of these greats, we find connection and inclusion.”

A formal induction ceremony for Bayers, Charles, Drake and The Judds will take place at the Country Music Hall of Fame and Museum in the CMA Theater at a to-be-determined date. The induction ceremony for the Hall of Fame Class of 2020, which includes Dean Dillon, Marty Stuart and Hank Williams Jr., is scheduled for this November, pending public health guidance and the state of the pandemic. Since 2007, the Museum’s Medallion Ceremony, a reunion of the Hall of Fame membership, has served as the official rite of induction for new members.

Music editor for Nashville.com. Jerry Holthouse is a content writer, songwriter and a graphic designer. He owns and runs Holthouse Creative, a full service creative agency. He is an avid outdoorsman and a lover of everything music. You can contact him at JerryHolthouse@Nashville.com
Previous Jelly Roll Releases Powerful Song Based On Personal experiences
Next Pilgrimage Music & Cultural Festival States COVID-19 Policy