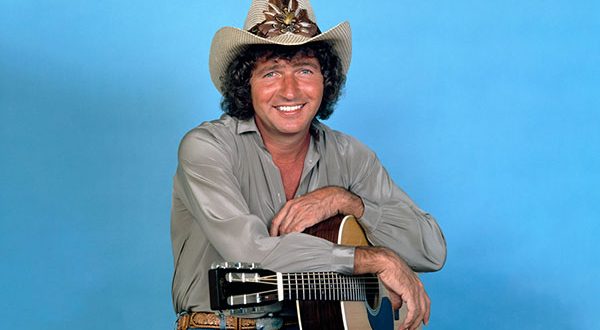 The country music community is mourning the loss of music icon Mac Davis. The influential singer-songwriter passed away on Tuesday, September 29. He was 78. Originally from Lubbock, Texas, Davis enjoyed much crossover success. His early work writing for Elvis Presley produced the hits “Memories”, “In the Ghetto”, “Don’t Cry Daddy”, and “A Little Less Conversation”. A subsequent solo career in the 1970s produced hits such as “Baby, Don’t Get Hooked on Me”. He also starred in his own variety show, a Broadway musical, and various films and TV shows. Artists and industry friends shared memories and statements upon learning of his passing.

“Mac was a great singer, songwriter and all around entertainer. He will be missed by many.”
–Jeff Cook, ALABAMA (Country Music Hall of Fame member)

“I was saddened to hear about Mac Davis’ passing. He was a great talent and a lot of fun to be around. I got to know him while producing the ‘White Limozeen’ album for Dolly Parton. Condolences to his family for their loss.”
-Ricky Skaggs (Country Music Hall of Fame member)

“I’m saddened to hear of the passing of Mac Davis. Mac has been a friend since way back in Atlanta when we both first started out as kids. Rest in peace, Mac.”
-Ray Stevens (Country Music Hall of Fame member)

“Another dear friend, Mac Davis, has left for home. The toughest part of his passing is that I didn’t get the chance to say goodbye and how much I loved being his friend. My thoughts and prayers are with his incredible wife Lise and his family. This one’s going to hurt for a long time, but I will always have some of the greatest ‘memories pressed between the pages of my mind.'” -T.G. Sheppard

“Mac Davis was a Texan. That’s a good place to start. He was one of the very best singer-songwriter-entertainers… ever! He was funny. Very funny! He was a good golfer. He always thought he could beat me and he did beat me, about half the time, which helped make for a great friendship. Last night, he did beat me. He beat me to Heaven. See ya later, old friend. I miss ya already.”  -Larry Gatlin

“Sad news today as I learned Mac Davis has passed away. Yet another music giant leaves us in 2020. Mac was a very kind man. Easy to be around. I first met Mac in 1994 at our Number One party for my song ‘Little Rock.’ I remember being stunned that a writer/artist of that magnitude took the time to show up and share that moment with me. Mac was a true voice of my youth… from the songs he wrote early on for artists like Kenny Rogers and The First Edition and Bobby Goldsboro, to his own huge hits as an artist like ‘Baby, Don’t Get Hooked On Me,’ ‘Texas In My Rear View Mirror,’ ‘Hooked On Music,’ which was my favorite, and ‘It’s Hard to Be Humble.’ He was a truly tremendous talent. May God be with you, Mac. At this moment and forever.” -Collin Raye

“One thing that we always had in common with Mac Davis was that we recorded our first records at the same place in Muscle Shoals, Alabama with record producer Rick Hall. We always talked about those days whenever we were around each other. What a talented singer and songwriter he was!  Thanks for leaving us such great music to remember you by, Mac. Rest in peace, brother.”  -Marty Raybon &  Mike McGuire, Shenandoah

“He was one of the great entertainers, and he will be surely missed by all people who knew him and his music. He was a very kind man to me. God bless his family.” -Moe Bandy

“I had the privilege of being in Mac’s presence many times. We golfed and sang for great causes together. He was bigger than life, yet down to earth. Talent beyond measure. We all wanted to write songs like Mac wrote. We all will miss you, sir.”
-Larry Stewart, Restless Heart

“So saddened with the loss of Mac Davis and my heart is so heavy for his family, friends and fans. I have never heard of anyone who didn’t love Mac….everything about him. I just recently featured him on my SXM show and talked about his humor as well as his writing and that, like Roger Miller, he had a way of putting it all together. He will be remembered with love and laughter.” –Jeannie Seely

“Mac Davis was a national treasure. His songs, his voice, his stories, his funny sweet nature, and his tv and movie rolls will live on forever in the hearts of all of us who had the pleasure of knowing him, but as well in the hearts of strangers cause Mac never knew a stranger. He will be greatly missed. Rest well friend…we rejoice in your name today as you move on to the promised land!” –Heidi Newfield

“As a young wanna be songwriter in Kentucky watching Mac Davis on his Mac Davis Hour was an inspiration and lesson in the magic of creativity. He would ask the audience to give him a song idea or title and he would come up with a song right on the spot. It showed the genius he was. He made it look fun and easy yet at the same time, totally professional and I was in awe of his talent. I realized then I would love to do that. I loved that he kept reinventing himself and kept writing and writing, sharing his talents with younger Nashville songwriters. Everyone wanted to write with him. He was one of a kind and will be missed.” –Kent Blazy

“American music has just lost a premiere singer, songwriter, entertainer, and a genuinely great human being. In a year already fraught with sacrifice and loss this is another one that is hard to process. Goodbye Mac Davis… until the day…” – Joe, Duane, William Lee, Richard – The Oak Ridge Boys

“Mac Davis was such a great guy and an amazing writer. One of the best in the business and a wonderful friend. This is a huge loss to the music industry. His family is in my prayers.” – B.J. Thomas

“There’s no way to express the grief that we feel about Mac Davis. The entertainment industry will miss this great talent and beautiful American. We pray for his family and those that love him” – Lee Greenwood

Music editor for Nashville.com. Jerry Holthouse is a content writer, songwriter and a graphic designer. He owns and runs Holthouse Creative, a full service creative agency. He is an avid outdoorsman and a lover of everything music. You can contact him at JerryHolthouse@Nashville.com
Previous Charlie Daniels’ Journey Home Project Makes Big Donation
Next Oak Ridge Boys Announce 29-Day Residency At Opryland