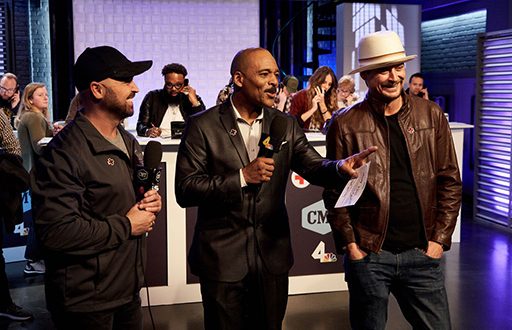 Hats off to CMT, American Red Cross, and WSMV News4 yesterday evening. They partnered for the “Rebuilding Nashville Telethon” raising funds for those affected by the deadly tornadoes that hit the Nashville area earlier this week. Donations are still being encouraged and accepted via RedCross.org/CMT.

In the first 30 minutes, the telethon raised over $100K via live phone bank donations to the American Red Cross Southern Tornado and Flood Relief Program with a total of $387K raised following WSMV News4’s broadcast. Updated totals will be posted periodically via social media @CMT.

Music editor for Nashville.com. Jerry Holthouse is a content writer, songwriter and a graphic designer. He owns and runs Holthouse Creative, a full service creative agency. He is an avid outdoorsman and a lover of everything music. You can contact him at JerryHolthouse@Nashville.com
Previous WIN Tickets To “Taste Of Williamson”!
Next WATCH: Maddie & Tae Premiere “Bathroom Floor”