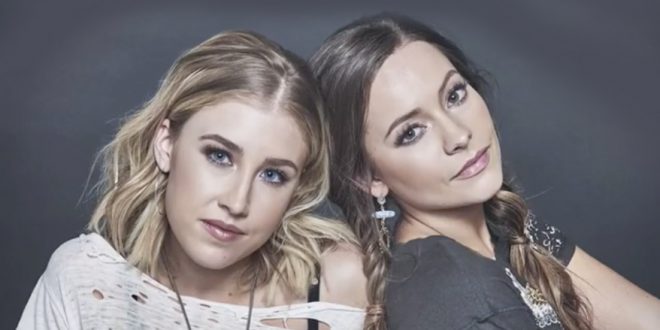 Current ACM Awards Duo of the Year nominees Maddie & Tae unveiled the official music video for “Bathroom Floor” today. The video for the song, featured on the pair’s upcoming sophomore album The Way It Feels.

Picking up where “Die From A Broken Heart’s” music video left off, which had the best first week video debut by a country female act in 2019 and is approaching the Top 30 at country radio, “Bathroom Floor” opens with the same characters chronicled throughout last year’s video. In the brand new video for the song, Maddie Marlow and Taylor Dye succeed in the ultimate girls’ night out, healing heartbreak and moving forward with blasts of confidence and moxie.

Music editor for Nashville.com. Jerry Holthouse is a content writer, songwriter and a graphic designer. He owns and runs Holthouse Creative, a full service creative agency. He is an avid outdoorsman and a lover of everything music. You can contact him at JerryHolthouse@Nashville.com
Previous CMT, American Red Cross And WSMV Raise $387K For Tornado Relief
Next Jason Isbell’s “What’ve I Done To Help” Debuts Today