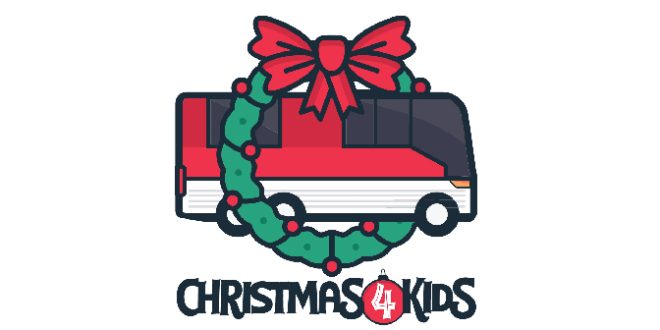 “Christmas 4 Kids is celebrating our 40th year of making Christmas special for kids in Middle Tennessee,” says C4K president Linda O’Connell. “Over 13,000 kids have been a part of our program over the years. We’re now including kids and grandkids of those we helped many years ago, and many of those parents and grandparents are joining us as volunteers to help today’s kids. We couldn’t be more proud as we celebrate year 40!”

C4K is dedicating this year’s show to its longtime photographer Richard Suter who passed away in July following a short battle with cancer.

“We are honored to dedicate this show to our beloved photographer and human being extraordinaire, Richard Suter,” explains O’Connell. “Richard took photos of our show and our kids for many years and truly had more fun than anyone. From kids on his shoulders, to kids autographing his arm, he was ‘ours.’ His love for people was epic. As he fought the ugly pancreatic cancer, he brought a community together with his positivity over negativity logo and his motto, ‘you can’t go wrong loving on people.'”

Tickets are $38.50 and $60.00 and will be available for purchase this Friday, September 16 at 10:00 AM / CT via ryman.com. All proceeds generated from the concert go to the Christmas 4 Kids organization.

Music editor for Nashville.com. Jerry Holthouse is a content writer, songwriter and a graphic designer. He owns and runs Holthouse Creative, a full service creative agency. He is an avid outdoorsman and a lover of everything music. You can contact him at JerryHolthouse@Nashville.com
Previous Jon Wolfe Makes His Grand Ole Opry Debut
Next PREMIERE: The Comancheros’ “Happy Birthday to Me”