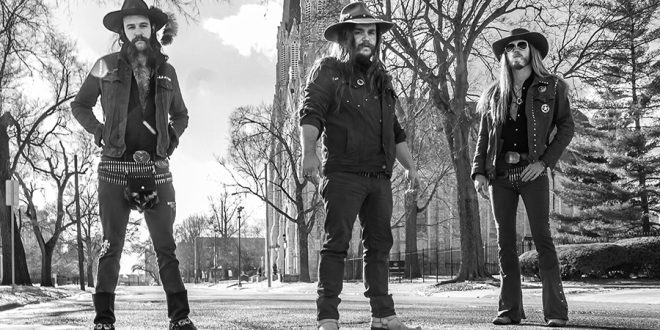 PREMIERE: The Comancheros’ “Happy Birthday to Me”

For some, celebrating one’s birthday is an anticipated event every year. For those who don’t find so much joy in the day, Southern rokers The Comancheros have the song to set the mood. “Happy Birthday to Me” releases everywhere tomorrow but you can listen exclusively right now, only on Nashville.com. Listen to the new single HERE.

Produced by The Kentucky Headhunters’ Richard Young, “Happy Birthday to Me” is the second single from The Comancheros’ upcoming album Memphis to Mexico, the track serves as a new kind of birthday song for those who would rather follow lead singer Tanner Jones’ lead and accept the harsh reality: (“Happy birthday to me / Nobody’s singing or celebrating how I came to be / I’ve had these days before / This one is no different / I’ll still wind up on the floor.”) 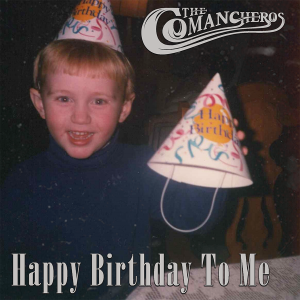 Always on the road, the band stopped at Whiskey Jam here in Nashville on September 8th amidst playing at various shows in the Midwest and South. The trio even has a hot sauce named after them, courtesy of Texas-based hot sauce company Tun Tavern Market! To say they’re busy and on the rise and catching eyes would be an understatement.

A mutual passion for music and a “ZZ Top meets Star Wars” vibe are the band’s uniting forces that keep fans coming back for more. Catching your attention immediately with a banging electric guitar solo, “Happy Birthday to Me” by the Comancheros is a must-add to a rock or country playlist. Blurring the lines between two major genres- both of which are successful in the Nashville scene- is the band’s superpower.

The Comancheros’ previous single “Yellow Roses” dropped last month and made many new listeners into avid fans with its symbolism and twangy heavy rock sound.

It’s evident that the band sticking with their heavy and western sound has paid off so far and will continue to in the upcoming album. For now, fans of The Comancheros can follow their directions in the chorus: (“Well it’s just another day of the year / So i think I’ll have another beer / And sing myself this birthday song.”)

Music editor for Nashville.com. Jerry Holthouse is a content writer, songwriter and a graphic designer. He owns and runs Holthouse Creative, a full service creative agency. He is an avid outdoorsman and a lover of everything music. You can contact him at JerryHolthouse@Nashville.com
Previous Christmas 4 Kids Announces 40th Anniversary Concert
Next Tootsie’s Will Celebrate 62nd Birthday With Free Concert