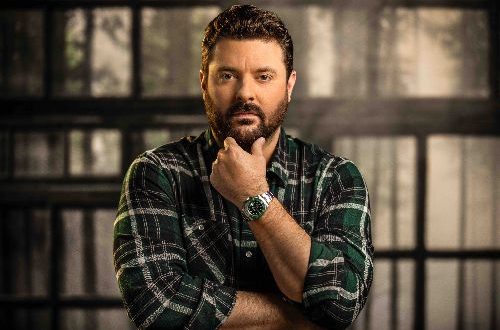 Chris Young is returning to his roots in Rutherford County, Tenn., for his latest track, “Famous Friends.” Chris’s new single, featuring Kane Brown, impacts country radio at the start of the new year. Chris and Kane talk about the news for the first time on “The Quad with Chris Young” podcast today.

While Chris might be famous for his eleven No. 1 singles, nearly 4 Billion music streams and sold-out headlining shows, the Grammy and ACM-nominated vocalist and recent CMT Award winner celebrates his own real-life friends back home in Murfreesboro and Nashville, Tenn. in his newest song:

But back in Rutherford County our crowd is second to none

Written by Chris with Cary Barlowe and Corey Crowder from a headline tour stop in Tampa in 2018, Chris and Kane first teased the track on social media. The autobiographical song mentions Rutherford County, where Chris grew up in Tennessee, and Kane’s hometown of Hamilton County along with Nashville’s Davidson County – a.k.a. Music City.

“This song is a piece of me, and it means a lot because it’s honest and it’s real-life,” shared Chris. “Plus, Kane and I are good friends and being able to have that history together, it adds a whole other level to the track. ‘Famous Friends’ is one of my favorite songs – it’s personal and it’s a lot of fun, so I’m glad it’s getting out there for people to hear it.”

Music editor for Nashville.com. Jerry Holthouse is a content writer, songwriter and a graphic designer. He owns and runs Holthouse Creative, a full service creative agency. He is an avid outdoorsman and a lover of everything music. You can contact him at JerryHolthouse@Nashville.com
Previous LeAnn Rimes To Release “CHANT: The Human & The Holy”
Next 4th Annual Allman Family Revival To Be Held At Ryman Auditorium