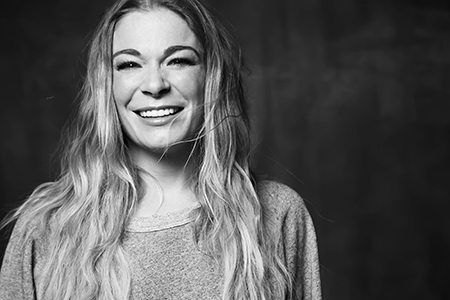 LeAnn Rimes To Release “CHANT: The Human & The Holy”

LeAnn Rimes announced her new record, LeAnn Rimes, is set to be released this Friday, November 20th. The 12-tracks showcase Rimes’ powerful voice in a completely new light, channeling wisdom into mantras and messages of hope and remembrance during a time of need.

Co-written by Rimes and Darrell Brown, CHANT: The Human & The Holy has been nearly a decade in the making. LeAnn’s early rise to stardom at the age of fourteen catapulted her into a fast-paced lifestyle that was scrutinized under the public eye. The day after her 30th birthday, the singer/songwriter decided to pause the world around her, checking herself into a treatment facility for depression and anxiety. She took the time to develop a toolkit to strengthen herself physically, mentally, emotionally, and spiritually, which began with breathwork and meditation, and has developed into a comprehensive set of tools.

Being a creative spirit, Rimes began turning her past struggles, prayers for the future and daily mantras into inspirational chants, which eventually evolved into the twelve-track record. LeAnn’s intentions for releasing CHANT: The Human & The Holy are to help others find their own voice and remind them of their inherent worth, belonging and wholeness, helping them embrace their human and their holy as they are guided through soothing chants filled with powerful emotions and melodies.

On November 30th, Rimes will take her wellness journey a step further with the launch of her mental, emotional, and spiritual health and wholeness podcast, Wholly Human, on iHeartRadio. The first season will feature an introduction into LeAnn’s journey, as she shares what went into building her toolkit and introduces her community to teachers and wise souls that have helped her along the way.

Music editor for Nashville.com. Jerry Holthouse is a content writer, songwriter and a graphic designer. He owns and runs Holthouse Creative, a full service creative agency. He is an avid outdoorsman and a lover of everything music. You can contact him at JerryHolthouse@Nashville.com
Previous Doug Supernaw Passes
Next Chris Young Calls On One Of His “Famous Friends” For Newest Single