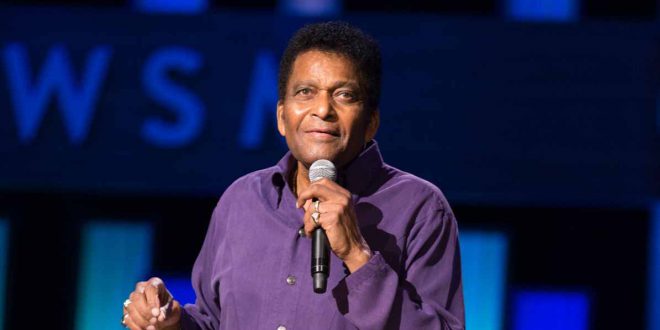 Residents of the Greater Nashville area will be among the first to have an opportunity to view an extended Director’s Cut of the all-new PBS documentary – before its’ network premiere on Feb. 22 – about the life and career of legendary Country music superstar, Charley Pride. American Masters – Charley Pride: I’m Just Me will make its first public showing on Friday, February 8 at 7 p.m. CT at Franklin Theatre. Immediately following the film will be a hosted Q&A with the film’s director, Barbara Hall, those featured in the film; Lloyd Green and Craig Havighurst, and Dr. Bennett from the National Museum of African American Music (NMAAM). Proceeds from the event will benefit the National Museum of African American Music. For more information, and to buy tickets, click here.

American Masters – Charley Pride: I’m Just Me traces the improbable journey of Charley Pride, from his humble beginnings as a sharecropper’s son on a cotton farm in segregated Sledge, Mississippi to his career as a Negro League baseball player and his meteoric rise as a trailblazing country music superstar. The new documentary reveals how Pride’s love for music led him from the Delta to a larger, grander world. In the 1940s, radio transcended racial barriers, making it possible for Pride to grow up listening to and emulating Grand Ole Opry stars like Ernest Tubb and Roy Acuff. The singer arrived in Nashville in 1963 while the city roiled with sit-ins and racial violence. But with boldness, perseverance and undeniable musical talent, he managed to parlay a series of fortuitous encounters with music industry insiders into a legacy of hit singles, a Recording Academy Lifetime Achievement Award and a place in the Country Music Hall of Fame.

The film includes original interviews with country music royalty, including Garth Brooks, Dolly Parton, Brad Paisley, Darius Rucker and Marty Stuart. It also includes several on-camera conversations between Pride and special guests, including Rozene Pride (his wife of 61 years), Willie Nelson, and other fellow musicians. The film also features many songs from his repertoire of classic country hits, along with more modern cuts like “Standing In My Way,” from his latest album Music In My Heart, released in 2017.

“At a time when African-American singers were more notable for R&B hits, Charley Pride followed his passion for country music, overcoming obstacles through determination and raw talent to make a lasting impact on the genre and create a legacy that continues today,” said Michael Kantor, executive producer of American Masters. “We are honored to share the inspiring, and largely untold, story of this barrier-breaking performer with viewers nationwide.”

Music editor for Nashville.com. Jerry Holthouse is a content writer, songwriter and a graphic designer. He owns and runs Holthouse Creative, a full service creative agency. He is an avid outdoorsman and a lover of everything music. You can contact him at JerryHolthouse@Nashville.com
Previous Doug  Supernaw Diagnosed With Stage IV Cancer
Next The Davisson Brothers Band Set For Opry Debut