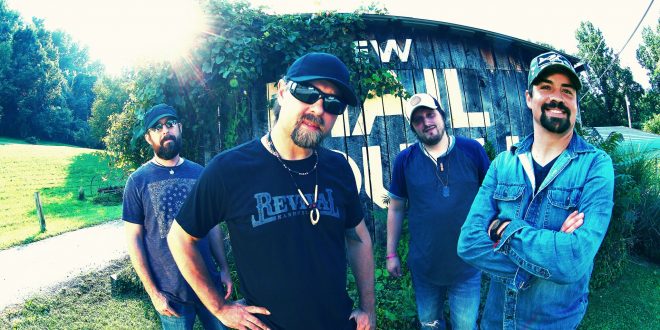 Set for Tuesday, February 12th, the appearance serves to highlight the band’ authentic country sound – rooted in the acoustic traditions of their Appalachian home, also featuring their southern-rock energy on tunes like “Po’ Boyz” and “Jesse James.”

“Wow…thank you, thank you, thank you. We are honored and humbled. Being asked to perform on the Grand Ole Opry stage makes our years of hard work worthwhile…this has been a lifelong goal,” shares Chris Davisson. “The chills that came over us with that phone call will forever be treasured. We appreciate the Opry for believing in us and look forward to standing in the circle where country music was created.”

Produced by Grammy-award winner Keith Stegall (Alan Jackson, Zac Brown Band), The Davisson Brothers Band’s 2018 album FIGHTER arrived last May peaking at #3 on the US Heatseekers Chart. Filled with scrappy small-town pride and celebrating the hard-working ways of the common man, the single “Po’ Boyz” became a digital hit in Australia, and led the band to be included on the coveted CMC Rocks festival lineup in 2018.

Watch the West Virginia-wild video for “Po’ Boyz” above.

The band is currently touring hard all across the Eastern half of the U.S., with dates scheduled from New Hampshire to South Carolina and a spot on Michigan’s Faster Horses Festival lineup culminating August 29th at Bash on the Bay in Put-In-Bay, Ohio.

Music editor for Nashville.com. Jerry Holthouse is a content writer, songwriter and a graphic designer. He owns and runs Holthouse Creative, a full service creative agency. He is an avid outdoorsman and a lover of everything music. You can contact him at JerryHolthouse@Nashville.com
Previous Charley Pride Documentary To Premiere At Franklin Theatre
Next George Strait Announces New Album “Honky Tonk Time Machine”