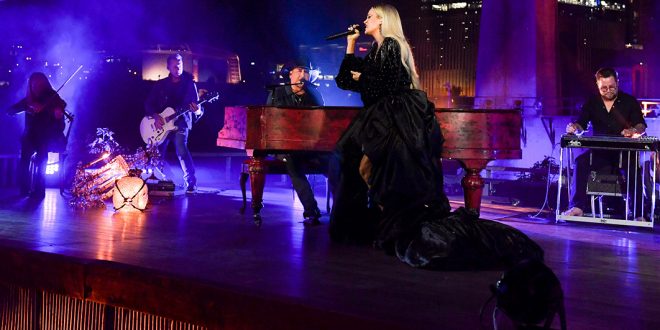 Carrie Underwood has won her 16th and 17th American Music Awards, which were announced during a special TikTok livestream ahead of Sunday night’s “2021 American Music Awards” (AMAs), the world’s largest fan-voted awards show. Additionally, Underwood and fellow nominee Jason Aldean performed their #1 smash hit duet “If I Didn’t Love You,” while showcasing their hometown influences and Southern roots, as part of ABC’s live telecast from L.A.’s Microsoft Theater on November 21.

Music editor for Nashville.com. Jerry Holthouse is a content writer, songwriter and a graphic designer. He owns and runs Holthouse Creative, a full service creative agency. He is an avid outdoorsman and a lover of everything music. You can contact him at JerryHolthouse@Nashville.com
Previous Kentucky Headhunters To Make Opry Debut Dec. 4
Next Luke Combs Makes History With 7 #1s From One Album